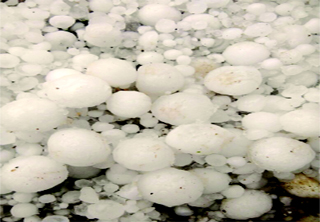 TAWANG, May 12: The fields and roads of Lumla covered in a white carpet of ice after hail stones the size of marbles pounded the circle headquarters around 3 pm on Saturday.
The hailstorm that lasted for an hour forced the people to run for cover. It was particularly severe in Mangdam village.
“We never witnessed such huge hailstones earlier and it was really terrifying”, Sonam Topgey, a resident of Sazo village under Lumla, said.
“This is a warning from mother nature that human beings have distorted and dis-balanced nature’s equilibrium”, Sonam Thinley, a local SSA teacher added.
Reports of crop fields being damaged have surfaced though no casualties of life and properties have been reported.
Lumla administration, headed by ADC RD Thungon is accessing the situation. (Tawang Vigilance)