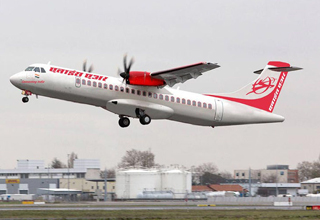 PASIGHAT, May 19: Alliance Air, a wholly owned subsidiary of Air India, is all set to start commercial flights from Pasighat airport from 21 May, opening a new chapter in the aviation history of Arunachal Pradesh.
The flight will operate to and fro thrice a week on the Kolkata-Guwahati-Pasighat route on Tuesdays, Thursdays, and Saturdays.
Officials of Alliance Air and the state civil aviation department have announced that passengers can now book tickets online by logging onto Air India’s website.
Officials of the civil aviation department, including Director T Mesar, are currently camping in Pasighat to give the finishing touches to the airport and to avert last-minute hiccups.
The district administration, following instructions from civil aviation officials, cleared all hurdles in and around the airport on Friday to ensure safe landing of the aircraft.
The airline had successfully carried out a test landing at the airport on 23 April, paving the way for operation of commercial flights.
The airline operated an ATR-42 aircraft to the Pasighat airport from Guwahati, and the duration of the flight was two hours and twenty minutes.