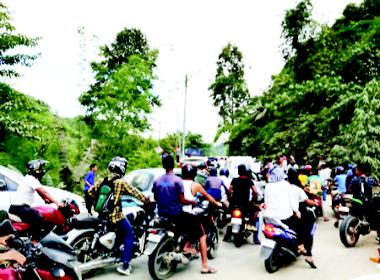 Traffic between Itanagar and Naharlagun was brought to a standstill for about an half an hour on Saturday afternoon after a truck and another vehicle were unable to navigate the narrow strip of road near Shiv Mandir as vehicles parked on both sides blocked the way. People coming from both directions remained stranded as more vehicles began jamming the strip of road near the Dree ground where a ‘housie’ event was underway. On earlier occasions, too, similar traffic congestions have occurred along the highway whenever there has been any ‘housie’ event in the capital complex.