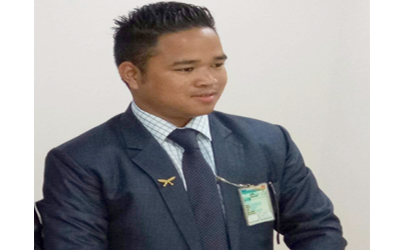 NAHARLAGUN, Aug 31: A personal security officer (PSO) of a VIP committed suicide on Friday morning with his service pistol.
Capital SP M Harsha Vardhan informed this daily that constable Techi Ramesh Tara of the 4th IRBn, who had been deputed as PSO to former deputy chief minister Kameng Dolo, committed suicide with his .9 mm service pistol at a private residence in Polo Colony here at around 7 am.
When asked about the reason for the suicide, the SP said it was about a family matter, and that investigation is being conducted to ascertain the facts. He said Tara shot himself in the head, and succumbed to the injury at the TRIHMS.
A resident of Model Village here, Tara had served as PSO to Deputy Chief Minister Chowna Mein, prior to his present posting. The deceased was a native of Gumte village in Seppa, in East Kameng district.
An unnatural death case (No-16/18 u/s 174 CrPc) has been registered at the police station here, and Inspector T Tali has been deputed to further investigate the matter.
The body of the deceased has been handed over to the family members after the formalities were conducted.