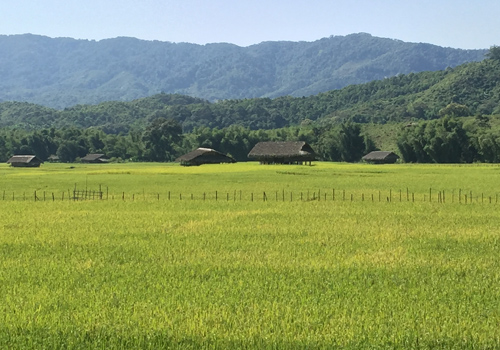 Your backache is going to get worse, said my travelling companion, reluctant to take me along as she made plans for a visit to Nyigam village, adjoining Basar town in the newly-created Lepa Rada district.
Painkillers, pain patches and hot water bag packed, I was not going to miss an opportunity to get out of Itanagar. So I set the alarm clock an hour before the scheduled travel time, in case the travelling companions decided to forget me. There had been many instances when people ‘forgot’ to pick me up because they didn’t know how to deal with a person who is in constant pain, thanks to an uninvited six-year-old spinal injury. 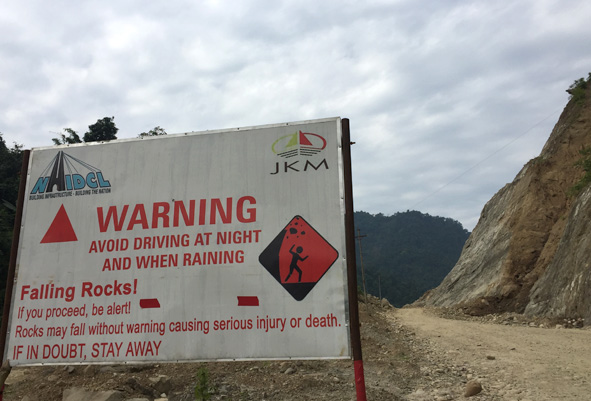 Not all travelling companions are forgetful, however. Three hours after we started from Rono Hills, we were in a restaurant near the police check gate in Likabali, some two kilometres inside the Arunachal-Assam boundary. The smiles of the polite Arunachal police personnel were a message that I understood later! The road is for off-roaders, the elite motor sport for the moneyed, and not for common commuters.
The distance between Likabali and Nyigam village is less than 90 kilometres, but it takes five hours of enduring dangerous turns and rolling boulders from the hills (that are being chopped off to make roads) to reach it. Next time, do not ask about the distances in kilometres but the hours it takes to negotiate the roads in Arunachal. Even the existing road has not been maintained, making it an absolute nightmare for the commuters.
The only consolation was the breathtaking natural beauty. There are five waterfalls, dotted with pretty wildflowers, along the way, while the rest have dried up because of the earth-cutting. While the driver kept her eyes on the road, the rest of us decided not to look at the roads but the wildflowers, the trees, and the mountains that went higher as we inched towards our destination.
After what seemed like ten thousand hours, we were in Nyigam village.
Arunachalee villages are beautiful, and every village is unique in its topography and beauty, but Nyigam stands out. This is a village that was destroyed in a fire in 2009. Out of 130 houses, 108 were gutted in the fire. Even the ones that escaped the fire were destroyed in order to prevent the fire from spreading further.
On that day, 7 September, the village was almost empty. Most people had gone to work in the paddy and horticulture fields while the rest were in a meeting further away from the village. In a short span of time, the entire village was reduced to ashes. The village is famed for its traditional fire safety measures, but that morning all it took was electric wires to spread the fire.
As elsewhere in the state, there was no modern firefighting equipment.
Even today, the villagers share stories of bravery and human kindness, and of the helplessness of those who lost everything overnight.
Ipi Basar, then a 14-year-old, is a legend. Now a university student, Ipi, who got the National Bravery Award, risked her life to save her neighbours, a 70-year-old grandmother and her four-year-old grandchild, from the fire.
I met Ipi’s father, Toi Basar. Apart from being a mesmerizing orator who uses facts and figures to make a point, Toi Basar is a proud father. In a village that has witnessed tragedy firsthand, and dealt with it stoically, Ipi emerged as the epitome of courage and selflessness.
Nyigam is an example of courage. People have rebuilt their lives today. The corrugated tin roofs have taken over the traditional leaf roofs. The paddy fields, both terraced and jhum, and hectares after hectares of horticulture fields are a testimony to the hard work of the people.
The village has gone one step further by banning a lot of plastic items, and every household has a pit toilet. Piggery is a huge source of income, but if you are one of those who enjoy the sight of cute pigs bathing in the mud, you are unlikely to find one here. The village rule is that pigs have to stay in pigsties.
Nyigam is a place to be if you like miles and miles of green space, never-ending mountains, streams and waterfalls, organic food, people, their culture and tradition. (For those looking for an opportunity, Basar Confluence, a celebration of heritage by the villagers around Basar, is slated for 19-21 November. For details, visit www.basarconfluence.org)