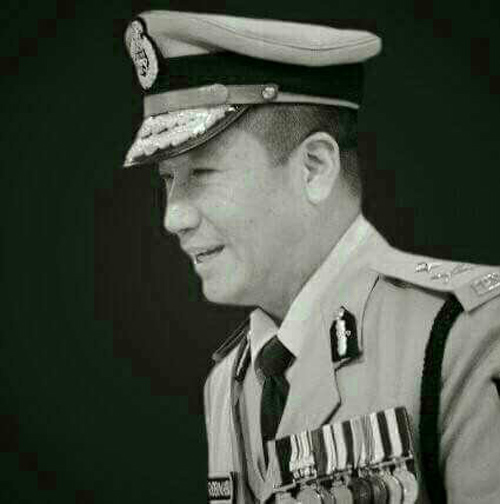 Background
Repeated goof-ups by the public service commissions of the Northeast states in conducting the prestigious public service examinations have resulted in staging of dharnas and litigations, including the arrest of high-ranking officials from the commission’s offices in the neighboring state recently. The alleged ‘fiascos’ have caused massive uproar in the media, including the social media, and even instances of arson and attacks on the members of the public service commission occurred (when I was the SP in Itanagar).
Hundreds of aspirants have expressed deep anguish, and the image of the commissions has been tarnished. However, it seems to me that scrambling, knee-jerk reactions is a worrisome trend. After all, the benign constitutional objective of the public service commissions is to fearlessly select the most eligible brains of the time for high-ranking public offices – persons who would spend their lives in the public services and would serve as the permanent machinery for the implementation of schemes for the progress of the society.
We cannot afford to tinker with this cardinal pillar stone of our society. History is witness that civilizations like the Roman, the Greece, the Mauryan and the British, who ruled for centuries, had robust, transparent, egalitarian systems for recruiting the best and the most intelligent citizens as permanent governance officials. The day the systems were tinkered with by unscrupulous elements at the helms of affairs, disastrous results ensued, and the mighty civilizations collapsed due to chicanery, favouritism and mediocrity, with merit thrown to the air.

Experiences
Apart from my routine police job, I was a member of the viva voce board of the Arunachal Pradesh Public Service Commission thrice, and I conducted a special recruitment of candidates from the eight northeastern states for Delhi Police within one month, right from advertisement to declaration of results, in all eight state capitals, which is a record.

Fault lines
Too many unbelievably unfair means are adopted during examinations which have grey areas where fissures for an unequal competitive milieu emerge. These ‘fault lines’, as perceived by the candidates, are:
1. Unprofessional approach and lack of foolproof setting of questions papers; lackadaisical checking of answer papers; and scope for awarding marks at whims and fancies due to lack of straight-jacketed guidelines or double-checking of answers by other subject experts to find imbalances and discrepancies.
2. Leakage of questions papers before examinations.
3. Disparity in awarding marks. Arts students can never get 100% whereas science students can easily score 100%. Even during the time of my IPS training along with IAS and IFS trainees, most trainees were from the science background.
4. Unfair means of cheating, such as using tiny Bluetooth devices connected to persons outside the examination halls, impersonating for someone in the examinations, copying in the examination halls or in the bathrooms, etc.
5. Emergence of middlemen (especially for subordinate jobs) who somehow try to woo gullible candidates, promising selection in lieu of cash or in connivance with staffers of the commission.
6. Lack of holistic planning of recruitment for jobs. Sometimes hundreds of jobs are advertised in a particular year and then there is no recruitment for a few years, thereby depriving the brightest youths during the no-recruitment years. Many bright Arunachalee students have confided in me personally of this situation which has resulted in candidates becoming overage or being unable to compete with fresh graduates. Sometimes yearly recruitment is conducted at random for various reasons, depriving many bright youths of joining the elite state services.
7. Too many marks allotted for interview. Such huge marking for the interview round can topple the ranks and even eliminate the toppers in the written examinations.
8. Untrained personnel manning the supposedly hallowed public service commissions, right from the top to the bottom of the hierarchy. Lack of specific training for the specialized jobs adds to the problem.
9. Lack of latest know-how and technology to ensure foolproof confidentiality and to effectively hinder leakages. The personnel manning these commissions should be put under hawkish supervision and surveillance.
10. Outsourcing to the state departments or allowing the department concerned to conduct recruitment for vacancies in the respective department is another bottomless black hole where department officials are virtually given a free hand for recruitment. No wonder that recently, one department selected all its lower subordinate officials from a particular sub-clan from a particular village. The officer who was in charge of the recruitment was from that particular tribe.
11. Lack of interactive social media forum for FAQs (frequently asked questions or queries) to allay doubts about the process, syllabus application, results, etc.
12. Lack of orientation and induction training for members of the commission and the staff and officials of the state public service commission.
13. Lack of background or proven experience of members of the commission and staff matters the most. Rigorous scrutiny is sine qua non for manning the hallowed institution.
14. No feedback/stock-taking after every examination for better conducting future examinations.
15. Lack of an annual calendar for recruitment by the commission to ensure advance planning for logistics, secrecy, technology, foolproof papers, etc.
16. Unavailability of IT-based personnel to devise or delve into the latest know-how for advance planning, precision execution, and data bank generation-cum-storage in secure domains with the latest impregnable anti-virus apps.
17. Lack of serious pruning and orientation of members and staff for the entire gamut of recruitment.

Strategies for recruitment
1. Conducting compulsory rigorous induction training, followed by examination (where they have to qualify) for all the members and staff of the state public service commission.
2. Seeking guidance from the UPSC for all operational procedures. Many illustrious officers who have served in Arunachal are members of the UPSC. Even, why not bring on deputation those officers who have had successful stints in the UPSC. Even an Arunachalee officer with a five-year successful stint can be requested to join as the secretary of the commission.
3. Adopting time-tested practices in conducting foolproof public service examinations.
4. Need for critical analysis and feedback for improvement from every examination conducted by the respective state public service commission.
5. Using the latest information technology for upgrading databanks for retrieval and improvisation of arsenal for robust leak-proof conduct of examinations.
6. Preventing unfair means like impersonation and copying through Bluetooth or Blu-ray by having impregnable requisite data on the admit cards, like identification mark on the face, Aadhaar card number, etc; jamming the internet/mobile connection, using the latest jammer; selecting proven high-integrity subject specialists as examiners, both for examination days and for evaluation of the papers by two experts secretly; enhancing the honorarium money per answer sheet for quality and timely checking of the essay type answers; having tamper-proof assigning numbers for original roll numbers; ensuring fair play for both arts and science subjects as arts subjects are very difficult to score marks in, unlike science and maths subjects.
7. Impact analysis and all-round stock-taking by the state public service commission, keeping in view the recent controversy leading to arrests and cancellation of the examinations, followed by court cases, in many NE states and other states.
8. The marks awarding system during viva voce needs rethinking. There is no justification column in the viva voce format for giving very high marks to a candidate. As a result, there exists ample scope to favour a candidate by the members of the viva voce board.
The board members for viva voce should be kept secret and there should be rotation or rostering of viva voce in the last minutes to avoid prior lobbying or any external pressure for giving more marks in the interviews.
Permanent marker pens should be used for awarding marks at viva voce, with full signature of the board members, and the average of the board members should be calculated immediately by the chairman of the board in the presence of other members.
The marks awarded should also be written in words, duly signed on the mark sheet of viva voce by all members.
No pencil or ink pen should be allowed to prevent any tampering or manipulation of the mark sheets. Only permanent markers should be used for marking.
Any viva voce member awarding high marks to any candidate must justify the reason for giving the high mark.
9. Only persons of proven integrity and having some exposure to the recent trends in administration (civil, military, security, management or judiciary) should be appointed to this august cradle of breeding public servants who would be in the services for life.
10. No videography during recruitment.

Some innovative ideas I adopted during recruitments
1. All members of the recruitment team are kept under surveillance to prevent human error and deter infiltration, leakage, etc.
2. Using different teams for different jobs, without the knowledge of the other branches.
3. Detailed arrangement, such as sitting plan, supervisors, nearby toilet facilities, police bandobast, drinking water; elaborate plan for searching and frisking, jammer for jamming mobile or internet signal, food packets for staff, medical team with doctor, arrest party, and mounted CCTV cameras in the examination centre.
4. Introduction of biometric fingerprints equipment for candidates. Twelve impersonators were detected and arrested.
5. Establishing a 24×7 ‘war room’ for any examination one month ahead. It should be manned by an officer who has all information on FAQs, coordinates and branches on action taken before the examination.
6. Repeated rehearsals on ground with all stakeholders including non-commissioned units like police, centre in-charge, jammer, and keeping enough space between the candidates.
7. Selection of only those staff as team whose integrity is beyond doubt.
8. Debriefing, followed by immediate clearance of all honorariums, and offering appreciation to excellent performers immediately.

Conclusion
The present perception of the state public service commission is a wake-up call for serious introspection, pulling up socks, and taking all steps by all the stakeholders to allay any misgiving over the constitutional trust bestowed on this supposedly hallowed commission.
After all, this commission is dealing in giving birth to the cardinal governance structure involving the best and the brightest youths who want to serve the society in their careers for more than 30 years in service.
The earlier the better, lest it turns into a kind of irreparable conflagration. (The writer is an IPS officer. The views expressed are his own and not necessarily of this daily)