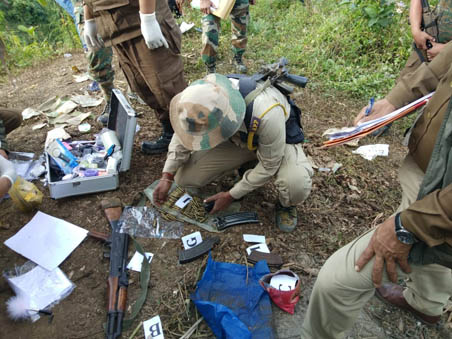 ITANAGAR, Dec 6: An alleged hardcore operative of the NSCN (IM) was killed in an encounter with security forces in Longding district on Thursday morning, police said.
On a tip-off that operatives of the outfit had assembled near Longkai village, the Khonsa battalion of the Assam Rifles launched an operation.
In the ensuing encounter, one of the operatives was killed, and his body was handed over to the police. He was identified as a ‘captain’ of the Nationalist Socialist Council of Nagaland (IM).
Two AK-56 rifles and a large quantity of ammunition were recovered from the site of the encounter, police said.
The security forces have launched a search operation in search of the other militants.
In another operation, the Khonsa battalion captured a member of the NSCN (Khaplang) from Chasa village in Tirap district on Thursday morning, police said.
Three pistols, some ammunition, opium and cash were recovered from his possession. (PTI)