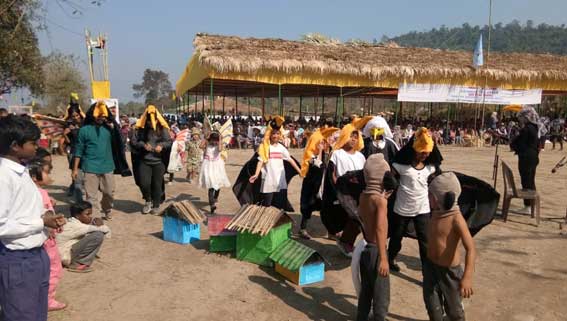 The highlight of the final day of the Pakke Paga Hornbill Festival was a play on the lives of the frontline special tiger protection force (STPF) staff of the Pakke Tiger Reserve (PTR). The play highlighted their lives inside the forests and in their communities, and celebrated the biodiversity of PTR.
The drama was a collaboration between the PTR and Nepal’s EarthBeat Live, a conservation theatre initiative of the Himalayan Culture Mill based in Kathmandu.
The almost 25 minutes long play featured 40 actors, including 17 children – the youngest being three years old – and STPF staffers. – Kime Rambia