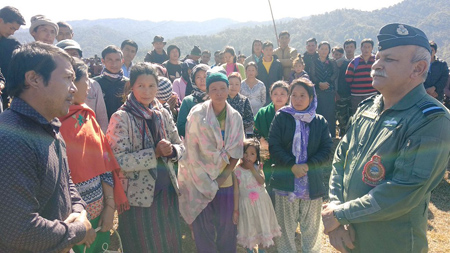 VIJAYNAGAR, Feb 1: Air Vice Marshall Pawan Mohe along with other senior officials visited the advanced landing ground (ALG) here in Changlang district on Friday to review the ongoing work to revive it for fixed-wing aircraft operations.
He also interacted with the local villagers and assured them of all help and support from the Indian Air Force.
The 4200 feet long ALG, which has been unfit for fixed-wing operations since 2016, is likely to be operational by the end of March, a release from the defence PRO said.