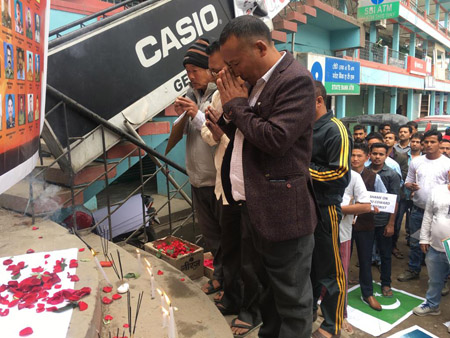 The capital unit of the BJP held a tribute at the Akashdeep complex here on Sunday for the soldiers killed in the Pulwama terror attack in Jammu & Kashmir on 14 February. Joined by nearby residents, BJP workers offered floral tributes and lit candles in memory of the soldiers. They also burned effigies of Pakistan Prime Minister Imran Khan and leader of the Jaish-e-Mohammed, Masood Azhar, besides burning Pakistani flags. On 14 February, a 78-vehicle CRPF convoy was moving as many as 2,500 personnel when an explosives laden vehicle overtook one of the buses in the convoy and exploded.