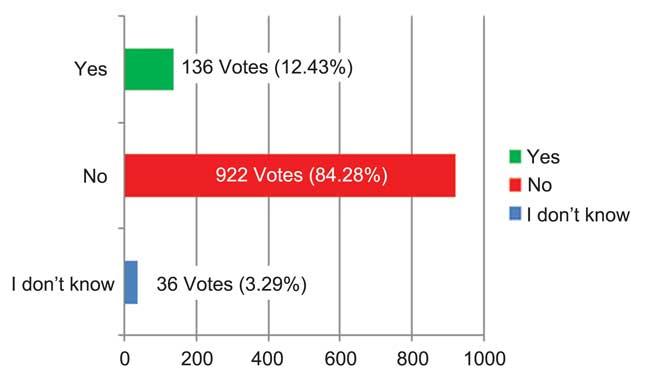 Comments from readers: –
1. Congress is BJP and BJP is Congress.
2. No. Either opposition will defect into ruling or ruling into opposition.
3. They are not credible, never have been, just opportunistic maggots feeding on issues.
4. What Arunachal truly need is a strong indigenous party that has its priorities figured out. Yes it’s practically thought to fend themselves from the sheer power of the already established national parties but that doesn’t mean it’s impossible. Nagaland and Mizoram have been quite successful all this time.
5. In fact,there is no ideology-based politics in Arunachal. Parties’ change but people remain the same. We need a mass revolution but the citizens are not ready yet.
6. When time comes they turn and change their color for self-benefit. We should create a permanent regional party for our own good. State needs strong regional party. Because of BJP and congress, we loss our indigenous rights. We lost our culture and tribal unity.
7. All legislators in Arunachal Pradesh are opportunists and power hunger. Most of the legislators are power hunger and change their political party every times. They have no any political ideologies and no credibility for political party.

8. Arunachal oppositions are opportunists. They play with lives of our own people to come to power. Recent violence may have the hand of our lovely opposition’s parties who poured petrol on ongoing agitation otherwise such massive destruction would not have happened.All our Arunachal leaders are two head serpent whose only motive is to be in power and accumulate as much as wealth they can in the name of development. Looking around we common people can see the development of this serpent leaders only such: high rising buildings, expensive cars and other properties. And for common people havepotholes roads, unemployment,under salaried employment, very late disbursement of salary, drinking water scarcity, non quality education, corruption everywhere.
9. No. There definitely isn’t. The Indian National Congress may have popular presence in the state but with only 5 MLAs in their rank, when it comes to real numbers in the Legislative Assembly to create any meaningful opposition, they clearly lack the strength required.
10. Because all the political parties are of same color only looking for power. No one really thinks for state and the people. They always change the party when opportunity comes. They are the culprits for division among the people.
11. No. The only big opposition party as we all know is the Congress and truth to be told they are more or lesser same as the BJP. Therefore this election I’m thinking of supporting a regional party like PPA or NPP but for that they must bring out a capable leader unlike the same old corrupt former members of Congress & BJP.
12. All (ruling and opposition or independent) seems just interested in winning election to get a post in ministry.
13. No! They join a party to have the power only. No party has been loyal with its ideologies; they vehemently eloped with the party in power.
14. Don’t know about the party as it keeps changing but PemaKhandugovt has shown a drastic development in this short period of time so it is credible &of course, Arunachal people should appreciate him in terms of development.
15. Having said that the political parties in Arunachal Pradesh have no concrete ideologies of their own, the central government uses its the political party here as a launch-pad for its mission. This is a fact for the cause of weakening opposition parties in Arunachal Pradesh. Dependencies at different levels left the parties with no credibility. No one wishes to be in opposition, rather everyone looks for opportunities, which is an another factor of weakening opposition parties.
16. Old politics still prevails in Arunachal. Need to change all leader of this generation otherwise corruption,violence,communism,unemployment is growing rapidly in my state. I request all the elders to show us bright path.
17. And there will never be in the near future. The only opposition party Arunachal can expect is the party, which is not at the Centre.
18. Yes obviously. We have at least some parties who aren’t communal. Corruption is everywhere in every party (not encouraging it, just speaking the truth), but at least it should not be so communal like BJP. Beef ban, Hindu-Muslim riots, against Christianity. Being communal is the worst thing a party can be in a free and secular country like India.
19. No. All are opportunist. They will jump to other ship if there is any change in the center after the election.
20. Congress leadership is under scanner.
21. Arunachal government will be a ‘bombay mixture’. Jene-tenewala government is what running Arunachal. Therefore, poor remains poor, but rich becoming richer.
22. It’s all about choosing between the bad and the worst. Our state lacks deserving leaders.
23. There had been no credible opposition in the recent past in Arunachal as they always try to join the government.
24. None whatsoever. In the name of credibility all we get are party hoppers, same wine different bottle.
25. Every leaders after getting elected choose party with their own choice’ or central leaders compel them to join same party.
26. After the declaration of the election results in Arunachal Pradesh, the line between the ruling and the opposition MLA’s become thinner day by day.
27. We don’t have opposition in true sense.Those who are left out are calling themselves as opposition.Given opportunity to join in the ruling party all 60 will be in the same party.