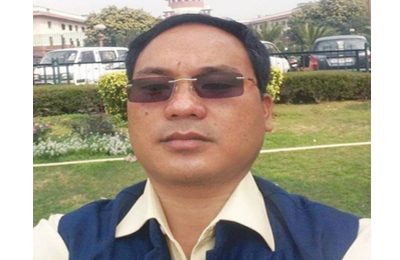 Staff Reporter
ITANAGAR, May 21: In an incident that has shocked the entire state, sitting MLA and the National People’s Party (NPP) candidate for the Khonsa West assembly constituency in Tirap district, Tirong Aboh, along with 10 others, including his son, was assassinated by suspected NSCN militants at 12 Mile area near Bogapani, between Khonsa and Deomali, at around 11.30 am on Tuesday.
The police informed that the other deceased have been identified as Wangngoi Hakun, Tirong’s Aboh’s son Longgem Aboh, Ganwang Hakun, Matlam Aboh, Pangro, and Aboh’s PSOs Ponhang Agi and B Siksa. 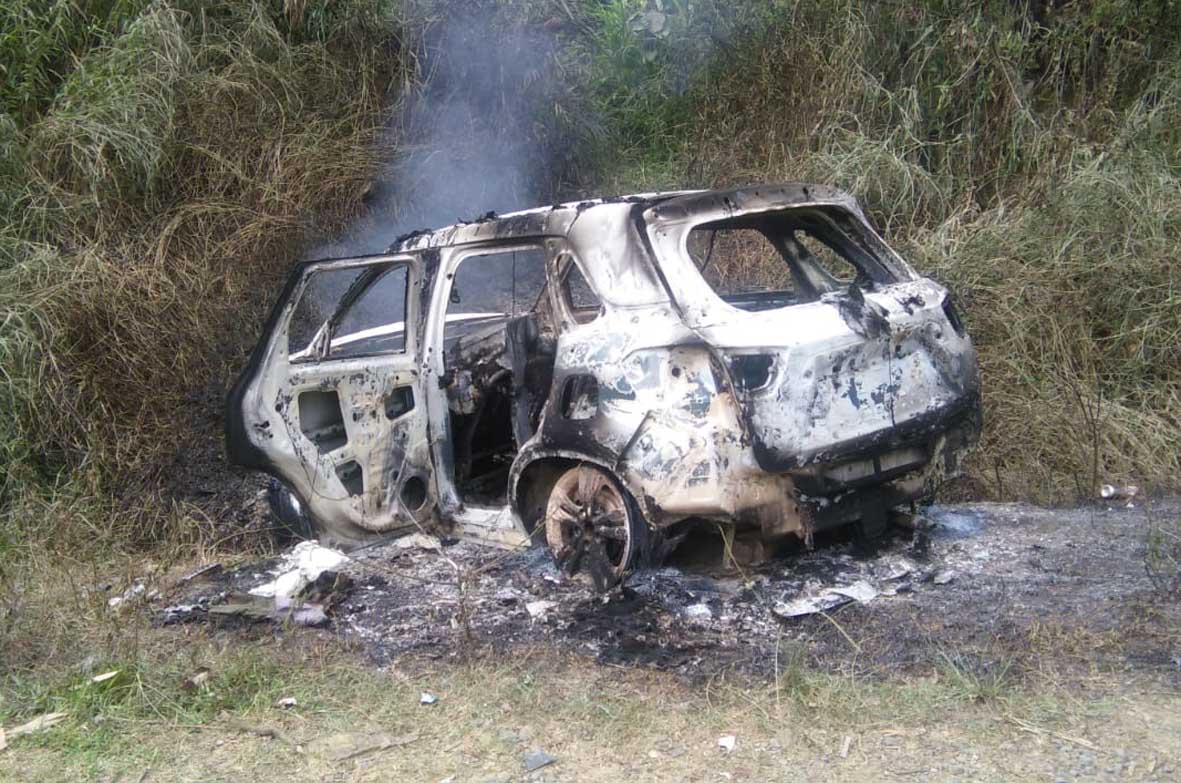 PSO Wangsan Hakun sustained bullet injury on his shoulder and another PSO, Wangdan Hakun, got bullet injury on his buttock. One woman and a PSO, Tekwa, escaped unhurt. However, the two other persons who were also killed are yet to be identified, the police said.
Reportedly, Aboh was coming from Dibrugarh in Assam to Khonsa, ahead of the counting of votes on 23 May, along with his 20-year-old son and his close aides.
Aboh’s convoy of four vehicles, including two Toyota Fortuners, a Mahindra Scorpio and a Maruti Breeza, was reportedly stopped by armed militants in fatigues at 12 Mile, near Bogapani, and the militants started firing indiscriminately.
Sources in the armed force informed that the militants targeted Aboh, and shot him on the face at point-blank range. The assailants surrounded the convoy and killed the 10 others within a minute. The place where the ambush occurred is said be an isolated area, 20 kilometres away from Khonsa.
One Matlam Aboh, among three others in the Maruti Breeza, was charred beyond recognition. Reportedly, the militants shot at the fuel tank of the Maruti Breeza, which caused a fire that engulfed the car.
Sources claimed that Aboh had been on the NSCN (IM)’s hit list because of his vocal opposition to the insurgent group. Earlier, he had narrowly escaped assassination attempts by the NSCN (IM) on two occasions.
During the elections also, Aboh had been complaining about the NSCN (IM)’s interference.
The postmortem on the bodies was conducted at the district hospital in Khonsa, and the bodies were later handed over to the families.
It is being conjectured in several quarters that the assassination of Aboh and his team was a reflection of the failure of both the state and the central governments’ intelligence agencies.
Ironically, the assassination occurred on the day when the nation was observing Anti-Terrorism Day to mark the death anniversary of former prime minister Rajiv Gandhi, who was assassinated by LTTE militants on 21 May, 1991, at Sriperumbudur in Tamil Nadu.