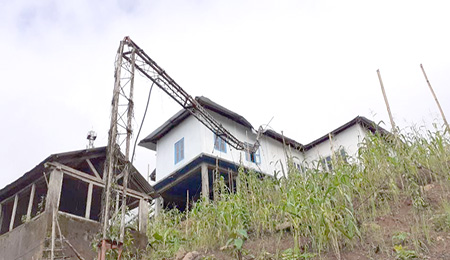 The pylon of a very low power transmitter (VLPT) fell on the roof of the inspection bungalow in Darak in West Siang district recently, and partially damaged it. No casualty was reported. The VLPTs which have been installed at different locations in Mechuka, Kaying, Yomcha, Darak, Liromoba, Tirbin, Basar and other places are also reportedly defunct for two decades now. (DIPRO)