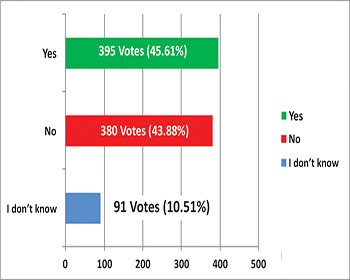 1. If this type of budget could have been prepared since 1987 then every Arunachalee would have been the richest person on Earth.
2. The new processes adopted for implementation and execution of the new schemes are appreciated. Fresh creation of jobs to minimize unemployment is also a good initiative. Establishing the Lokayukta is also a good initiative.
3. Happy with the medical personnel protection bill! Our state is becoming a communist one. Very few opposition, and the ruling party is in majority, so nobody has got a say in anything. Even if the decision is wrong, their mouth is taped as everybody wants to be on the ruling side.
4. Every year during budget, we see money and promises on paper, but till now I have hardly seen anything on ground. Colony roads have remained bad for more than 10 years, and schools also remain the way they were.
5. Youth-oriented and development-based budget.
6. This is the budget for the masses of New Arunachal. Never in the history of Arunachal have we seen such a budget. Bravo, CM Pema Khandu and Team Arunachal!
7. That’s pocket money, not budget.
8. I don’t believe in any budget by the government of Arunachal Pradesh. The MLAs place every paisa of fund for individual needs and for their workers, be it SADA, ADA or any other fund. I have lost complete faith in the budget. The minister put the whole of the state’s fund in his constituency; it can be verified with the planning department.
9. No job creation. As an unemployed youth, we were hoping for creation of new posts, but there has been no job creation.
10. Rs 1.50 crore for iron investigation in Yomcha! That’s a whopping amount. Hope the authorities come out with a good mine for exploitation.
11. Not satisfied. This budget looks hollow with the amount given for various schemes.
12. Maybe this is called ‘the people’s budget’.
13. Team Arunachal headed by Pema Khandu stands for peace and development of the state.
14. Almost satisfactory. Funding to engineering departments like PWD and RWD is in vain because these departments swallow lots of funds. The focus has to be on health, education, agriculture, horticulture and fishery sectors.
15. In every budget session, I see a budget for various sections of development activities, but till now I have never seen any concrete changes on ground. Roads for colonies, school buildings and hospitals remain as pathetic as they were 15 years back.
16. The budget is always enough. It is the corruption that ruins all. Transparency and accountability on the part of the state government is the need of the hour.