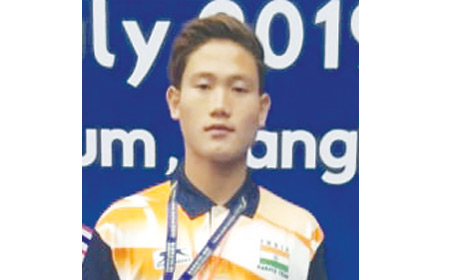 ITANAGAR, Jul 16: Tar Gomb of Arunachal Pradesh won the bronze medal in the just-concluded Thailand Open Karate-Do Championship.
He won the medal in individual Kumite (fight) in the junior boys’ below 67 kg bodyweight category.
Another medal winner from the state was Lipin Ete. She bagged the silver medal in the Kata event on the opening day.
Eleven players from the state had represented India in the championship, which was held in Bangkok from 12-14 July.