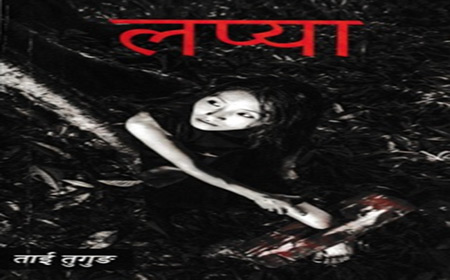 Woman – she has to fight every day for her existence. The times may have changed but the women are still castigated for who they are. The society, plagued with chauvinism, ostracize women to a state of oblivion. Tai Tagung does sing in his drama Lapiya, “Hum toh jaise andheri raat hai/raat jiski koi savera nahi hai (we are like the dark night that has no dawn). The lines diligently depict the silent cry of being born as women.
The subtext of Lapiya is an old custom among the Tani tribes of Arunachal Pradesh, in which the woman victim of a forced marriage is tied in a lapiya (a hole made in a heavy wooden log to captivate the woman) as a punishment if she tries to escape the marriage.
Tagung’s drama Lapiya tells of the wretched life of a young girl, Yama. The greed of her father and brother entangles Yama into a forced marriage. Her yearning for liberation ultimately leads her to commit suicide. The fate of the protagonist in the drama is tied to the hands of the male characters. Her only escape is death. The character of Yaper shows deprivation as the condition of the life of a widow in the tribal society of Arunachal.
The drama has strong social relevance as it sheds light on the consequences of forced marriages. Lapiya is an altruistic endeavour by Tai Tagung. Like his literary predecessor, late Lummer Dai, Tagung tries to change the perception of society in favour of women. Tagung sensitively and with great maturity divulges the deficiencies of the tribal custom which melts the identity of women. Thus, he peddles the theme of feminism in his opus Lapiya.
The play has the honour of having been published in the journal by the Sahitiya Akademi. The most striking thing about the book is its essence of avant-garde. The author has intentionally employed Arunachalee Hindi to make it comprehensible to the average reader. This first-of-its kind experimentation has brought the attention of linguists to ponder the Hindi spoken in Arunachal.
The poor editing and typographical errors leave the reader with reading glitches. Still, these are easily forgiven, particularly because it unravels the deeper truth about the women’s legacy of suffering in the world of patriarchy that is left unspoken. (The contributor is from the Department of Education, Rajiv Gandhi University)