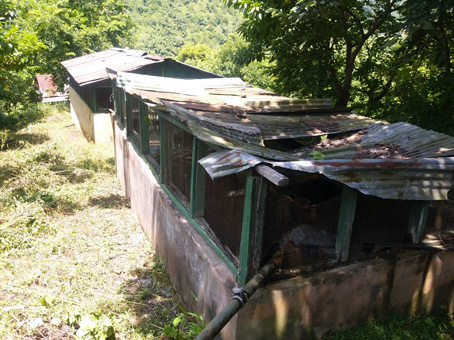 ITANAGAR, Aug 22: At least 30 cases of typhoid fever have reportedly been detected in Tamen and Boasimla areas in Kamle district due to contamination of drinking water sources, the Ziro (Lower Subansiri)-based Integrated Disease Surveillance Programme (IDSP) cell has informed.
In a report to the Kamle PHED executive engineer, Lower Subansiri IDSP District Surveillance Officer Dr Subu Habung on 19 August said contamination of the drinking water sources in Boasimla-I and Boasimla-II was the cause behind the alarming number of typhoid fever cases in the two areas.
Dr Habung said the IDSP cell in Ziro had received laboratory reports from the Boasimla PHC, showing 30 positive cases of typhoid fever. Alarmed by the situation, the IDSP cell’s epidemiologist had visited the areas on 12 August and collected samples from four drinking water sources, including from Tamen-I and Boasimla-I, Dr Habung added.
The water samples were sent to the Ziro PHED laboratory for testing, and it showed contamination of water in Boasimla-I and -II.
“The Raga PHE department has confirmed the bacterial contamination in the water samples from the sources in Boasimla and Tamen,” Raga PHE&WS Division EE Dari Vinod said, adding that “chances of contamination of water increases during monsoon.”
“Though normal water supply treatment units like headwork, sedimentation tank and slow sand filtration tank exist in the system, lack of civic sense on the part of the consumers, like construction of houses, toilets, piggeries, etc, near the tanks as well as upstream of the sources causes contamination of water,” the EE said.
He informed that water samples have been sent to the PHED lab in Ziro again for confirmation, and that the people residing near the water tanks have been asked not to pollute the water. He also advised the people to drink water only after boiling it properly.
“The Boasimla section PHE&WS JE has been asked to apply bleaching powder regularly and to get water samples from the source as well as from the delivery points tested regularly,” the EE informed.
It is learnt that drinking water to Boasimla and Tamen areas is supplied from two sources – Math Pubu and Simla Pubu.
DIPRO adds: The Kamle District Health Society in collaboration with the PHE&WS department conducted awareness programmes on Japanese encephalitis and waterborne diseases, as part of the Swachh Bharat Abhiyan, at Raga and Boasimla on Tuesday and Wednesday, respectively.
The drive was conducted in the wake of detection of enteric fever bacteria during a random laboratory test of water sample from Raga area by the Lower Subansiri district health surveillance team.
During the awareness drive, DRCHO Dr Kapu Sopin spoke about waterborne diseases and how to prevent them, while PHE&WS AE Itum Naso stressed the need to keep drinking water sources clean, and advised the people to not carry out human activities near the water sources.
The AE, the DRCHO and technical teams also inspected all the water reservoir tanks in Raga. The officials removed encroachment around the water tanks, and issued an order asking the settlers to shift from the vicinity of the water tanks at the earliest.