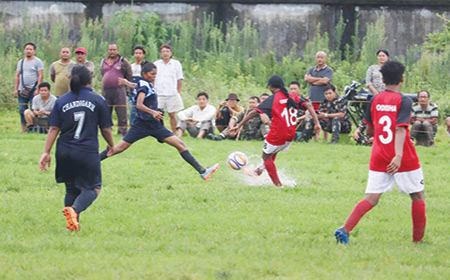 Staff Reporter
ITANAGAR, Sep 14: Arunachal Pradesh will seek to secure a berth in the knockout round of the 25th Senior Women’s National Football Championship when they play against Telengana in the return match on Sunday.
The match will be held at Kiyit in East Siang district.
Arunachal had beaten the same opponent 2-0 in their opening match played on 10 September, and a mere draw will be enough for the state team to get through to the next round. 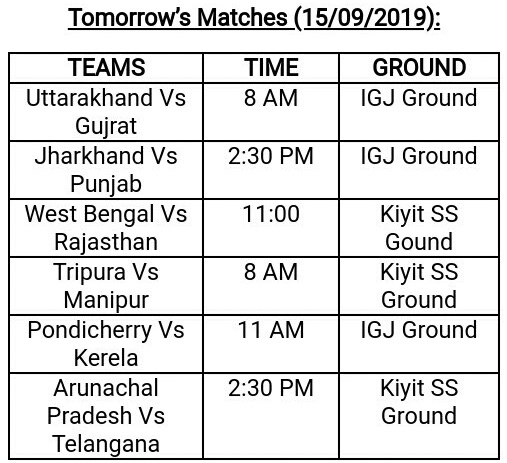 Meanwhile, Odisha continued their winning streak, defeating Chandigarh 4-0 in their second match played at the IGGJ higher secondary school playground in Pasighat on Saturday. They had beaten Pondicherry by the same margin in the earlier match.
Chandigarh had lost 0-8 to Kerala in their first match.
Goa, who had beaten Uttar Pradesh 6-0, defeated Chhattisgarh 1-0.
In two other matches played on Saturday, Tamil Nadu beat Uttar Pradesh 2-0 and Maharashtra defeated Himachal Pradesh 1-0.
The match which had been scheduled to be played between Pondicheryy and Kerala on Saturday morning has been deferred due to heavy rain. The match is rescheduled for Sunday.
Meanwhile, the All India Football Federation (AIFF) in a press statement said the local organising committee has shifted all the matches of the ongoing championship to three alternative grounds due to “untimely” incessant rainfall in Pasighat.
The championship will now be played at the IGGJ Higher Secondary school playground, the Kiyit secondary school, and the Daying Ering football stadium in Nari.
While the IGGJ ground is in Pasighat itself, the other two are 45 minutes away from Pasighat. In fact, the IGGJ school ground has been hosting matches since Friday (13 September) itself.
All the three grounds have been inspected by the match commissioners, referees and referee assessors, according to the All India Football Federation.