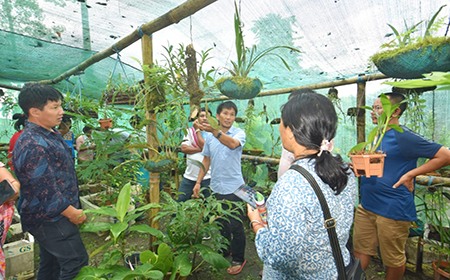 ROING, Oct 8: A two-day workshop on ‘wild orchid conservation and awareness on homestay hospitality’ was organized here in Lower Dibang Valley district recently by the tourism department, with support from Mishmi Hills Trek.
During the workshop, which was organized under the Paryatan Parv, 35 participants from Roing, Anini, Mailney, Desali and Hunli villages were imparted knowledge on wild orchid conservation, and on ways to tap the natural resources to attract tourists.
Eastern Himalayan Orchids Society secretary (eastern zone), Kheyanti Gogoi, spoke about the different varieties of orchid available in the area, and presented a demonstration on wild orchid cultivation.
The department’s HRD Assistant Director Bengia Manna Sonam and her team of officials, along with the advisor to the state government on tourism and related activities, Supratim Raj Basu, spoke on housekeeping and the government’s policies on homestay operation, and urged the participants to conserve the flora and fauna of the Roing-Anini circuit.
The participants also decided to start a three-day annual festival, named ‘Dibang Valley Wild Orchid Festival’, from March next year.