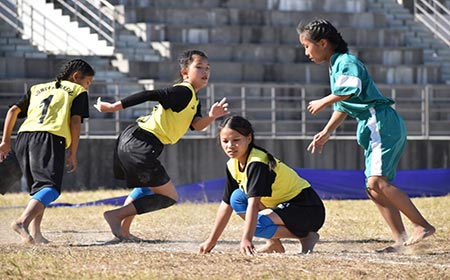 [ Karda Natam ]
PASIGHAT, Dec 9: East Kameng will meet East Siang in the title clash of the inaugural state-level kho kho championship in the men’s category.
East Kameng reached the final after beating Kamle 19-15 in the first semifinal, while East Siang made it to the final with a hard-fought 14-12 win over Lower Siang in the second semifinal played here in East Siang district on Monday.
In the women’s category, Lower Subansiri will meet Lohit in the final.
Lower Subansiri beat Namsai by a single point (6-5) to secure their berth in the final. Lohit beat East Siang 9-8 in the second semifinal.
The finals of both the categories will be played on 11 December.
“The final matches were scheduled to be played on 10 December, but the matches were deferred for a day in view of the prevailing situation in Assam,” said Arunachal Kho Kho Association general secretary Puto Bui.