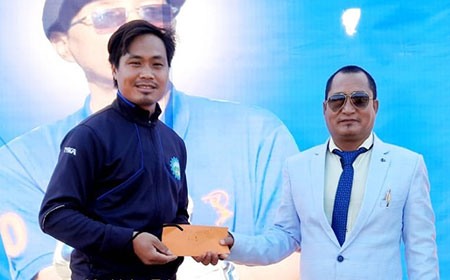 RONO HILLS, Jan 25: Upper Subansiri beat West Siang by 70 runs in a league level match of the Tado Kholi Inter-District Cricket Tournament played at the Rajiv Gandhi University (RGU) grounds here on Saturday.
Opting to bat first, Upper Subansiri scored 148 run from 33.5 over, losing all the wickets.
Chasing the modest target of 149 run to win, West Siang were bundled out for in 78 run in 23.1 over.
Licha Tehi of Upper Subansiri, who took 2 wickets and scored 41 runs, was adjudged man of the match.
The second match, which was played between Kurung Kumey and Kra Daadi ended in a tie.
Lalit Gehlot of Kurung Kumey was adjudged man of the match for his three-wicket haul.
Scores: Kurung Kumey: 113/10 (29 over); Kra Daadi 113/10 (32.2 over).