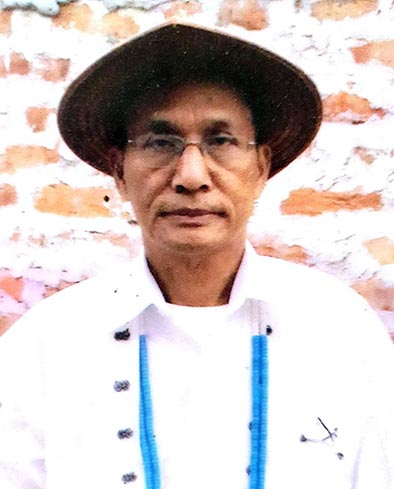 ITANAGAR, May 24: Retired principal Tomar Ete breathed his last at the RK Mission Hospital here on Sunday morning after a brief illness.
He was 65.
Ete had to be evacuated from his hometown, Aalo in West Siang district, after being stranded there amid the nationwide lockdown. He was admitted to the hospital recently.
Popularly known as Abo principal, Ete was known for his simplicity, hard work and sincerity.
Born to late Dakto Ete and Tumbin Ete in October 1955 at Kugi village, Ete completed his schooling in 1971. He did his graduation with honours in political science from the Jawaharlal Nehru College in 1974-75 and MA in political science from the Gauhati University in 1976-77.
He joined the teaching profession as a junior teacher at Kamba middle school in 1977. The following year, he was promoted to the post of senior teacher.
In 1981, he was appointed as a lecturer in political science at the Government Degree College, Itanagar now Dera Natung Government College.
He was appointed as principal-in-charge of newly established Donyi Polo Government College, Kamki in 1996 and became the first Aruanchalee to be appointed in that position.
Later, he was appointed as the principal Jawaharlal Nehru College, Pasighat in 2003.
For a short stint, late Ete had served as controller of examinations in 2007, in the then Arunachal University, now Rajiv Gandhi University.
In 2009, he returned to the college administration and became the principal of DNGC till his retirement on superannuation on 30 September, 2015.
Ete was a recipient of the ‘Outstanding Principal’ award in 2008, instituted by the Directorate of Higher and Technical Education for his hard work, devotion to duty and perseverance.
He was also conferred the ‘Pioneer of Higher Education’ award by the Directorate of Higher and Technical Education in 2018.
Meanwhile, the DNGC family expressed shock and grief over Ete’s demise.
“Ete was a simple, soft-spoken and humble human being,” We will cherish his memory,” a condolence message said.
The Rajiv Gandhi University has also expressed shock and grief over the demise of Ete.
RGU Vice-Chancellor Prof Saket Kushwaha and registrar Prof Tomo Riba, while expressing shock over his demise, have prayed for the eternal peace of the departed soul.
The Kugi Ao Welfare Society, the Arunachal Pradesh College Teachers’ Association, and the Alumni Association of DPGC, Kamki have also expressed shock and profound grief over the passing of Ete.
Late Ete’s mortal remains have been taken to his native Aalo, where the last rites will be performed.
He is survived by his wives, a son and three daughters.