This takes the tally of the ICR to 402 active cases. (For details of the ICR’s locations, please see box.)

Changlang reported the second highest number of 12 cases, one of whom is a healthcare worker while four were detected at the Rankatu Tea Estate. The seven others are returnees.

Thirteen people from different security forces tested positive for Covid-19. They include six Assam Rifles personnel from Tirap and three ITBP personnel from Papum Pare. Tawang and Siang reported three and one BRTF personnel, respectively. They are all returnees and were detected in QF.

One percent was found to be positive in Chiputa in Papum Pare district. Tawang also detected one positive case – a returnee from the ICR – in QF.

Sixty-seven of the total 70 Covid-19 positive persons detected on Saturday are asymptomatic and three are symptomatic.

Meanwhile, 36 people have recovered – nine in the ICR, seven each in Lower Subansiri and Changlang, four in Lower Dibang Valley, three in East Siang and six in Namsai. 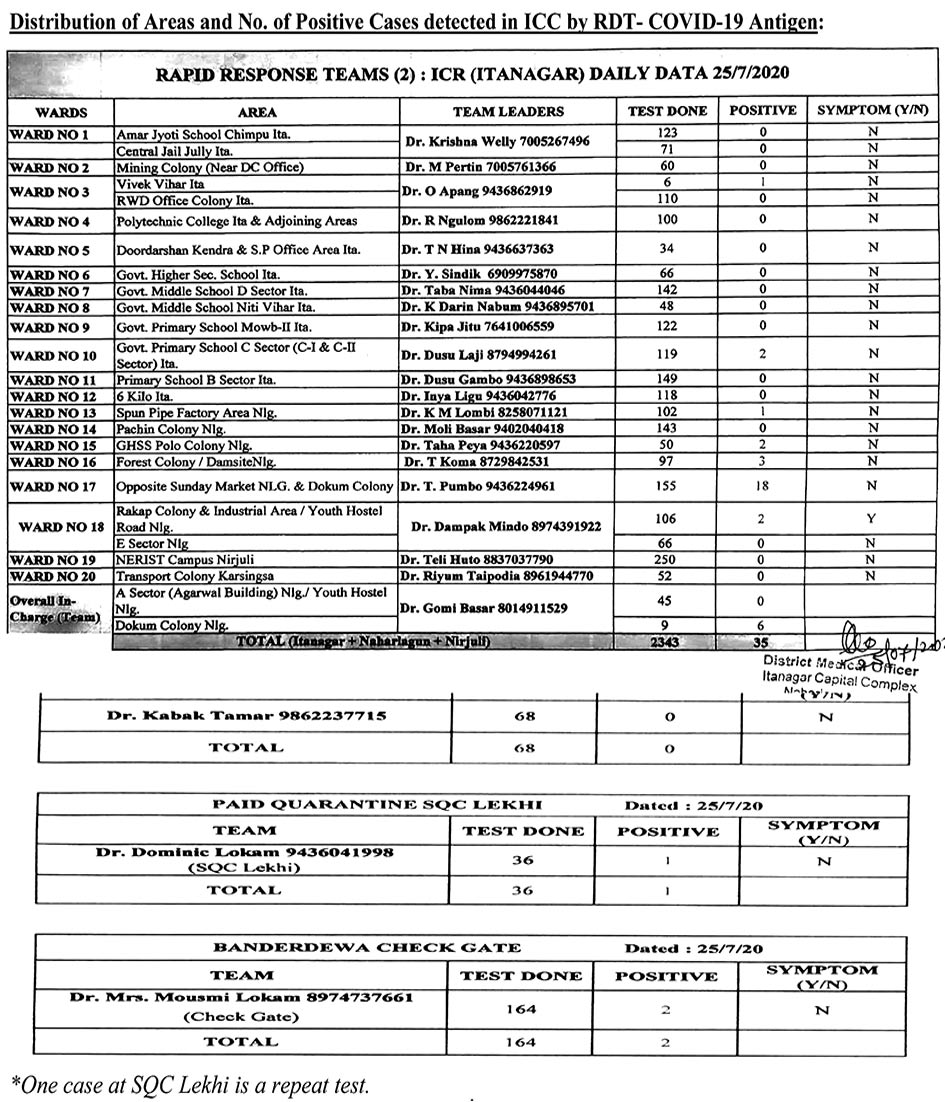