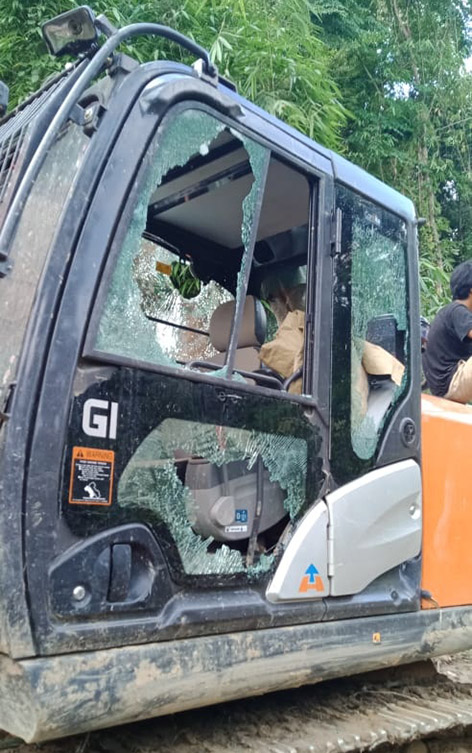 ITANAGAR, Jul 28: A large group of people along with officials of Assam’s forest department on Monday reportedly damaged an excavator and destroyed five oil barrels to obstruct the ongoing Kimin-Buka PMGSY road project near Belo-1 in Papum Pare district.

Informing about this, All Nyishi Youth Association (ANYA) general secretary Bengia Tada claimed that around 70 students, under the banner

of the All Assam Students’ Union, obstructed the work and damaged the excavator with the aid of the forest officials.

Tada said the ANYA had earlier submitted several representatives to Home Minister Bamang Felix, informing him about repeated incidents of Assam’s officials disturbing the road construction work in Dollungmukh in Kamle district and in Kimin and Tarasso areas of Papum Pare district.

“Unfortunately, till now there is no concrete action in this regard from the state government. We appeal to the government to initiate dialogue with its Assam counterpart to pave the way for smooth construction of roads along the foothill areas,” Tada said.