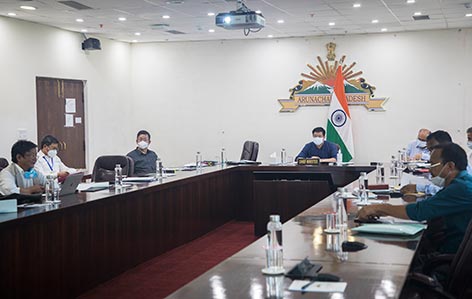 Chairing a meeting of the State Disaster Management Authority (SDMA) here on Saturday, the CM reviewed the activities of the SDMA, and the status of the upcoming State Disaster Response Force (SDRF) headquarters in Hollongi and the five regional response centres being set up across the state.

He reviewed the activities of the National Disaster Response Force (NDRF) in the state, and thanked union minister Kiren Rijiju “for his contribution for a permanent battalion headquarters of NDRF in the state.”