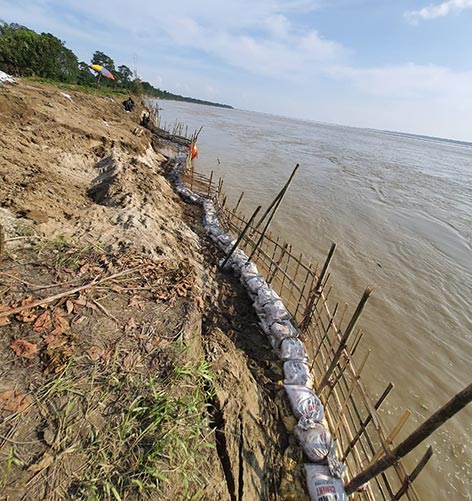 Accompanied by Mebo ADC Bani Lego, the water resources department (WRD) EE and other officers, the DC interacted with the villagers at the spot where flood protection work was carried out by the villagers under the supervision of the WRD.

The team held a ‘public interactive meeting’ at Namsing, where the villagers spoke about the problems being faced by them due to the ongoing flood in the Siang.

He sought construction of an alternative road connecting Namsing and Kongkul villages as the existing road has been totally eroded. He also requested for assessment of the damages for early payment of compensation.

Lauding the villagers for the voluntary work done by them to protect the area, the DC informed that “an immediate flood protection scheme under the MGNREGA has been sanctioned for immediate relief of the villagers, and work will begin soon.” (DIPRO)