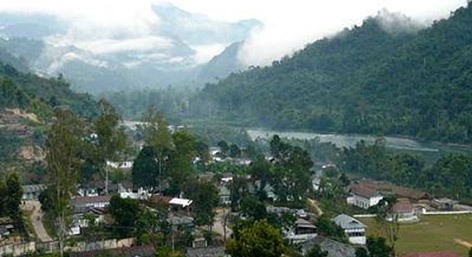 DAPORIJO, Aug 22: Once a beautiful and well-planned town, Upper Subansiri HQ Daporijo has been left to suffer from numerous problems.

While the residents are suffering because of bad township roads, poor internet connection and garbage management problems, encroachment on government land/quarters has become a great problem to deal with.

Many government employees – right from LDCs to gazetted officers – are constructing or have constructed their own private buildings on government plots after dismantling the quarters that were allotted to them. Reportedly, most of the encroachers are ‘local’ employees.

The few government quarters which are still left untouched are also on the verge of disappearing. Encroachment by private individuals is also taking place on the proposed helipad ground.

Allegedly, the district administration remains a mute spectator to the happenings and has failed to take any drastic step to check the menace of land grabbing.

A couple of days ago, the town’s residents took out a protest march to register their resentment at the pathetic condition of the township’s roads and the terrible garbage management.

Situated on the bank of the Subansiri river, Daporijo used to be a beautiful, well-planned town some 30 years ago, with well-constructed roads dotted with streetlights. There was a children’s park in the premises of the present Rijo Secondary School. It was also a place for the elders to spend their leisure times.

There were rows of trees along the road, which had provided shade for the people. Today, the face of the town has completely changed.

The government employees are reluctant to stay in Daporijo due to lack of basic facilities. The officers, especially the local ones, posted in the district prefer to stay in the state capital and remain absent from duty for long periods, or just perform duties from the capital.

Running away from problems may give some temporary comfort but it is not the solution to the problem.

The district has produced numerous officers and intellectuals, and it is their moral obligation to give back to the place they hail from.