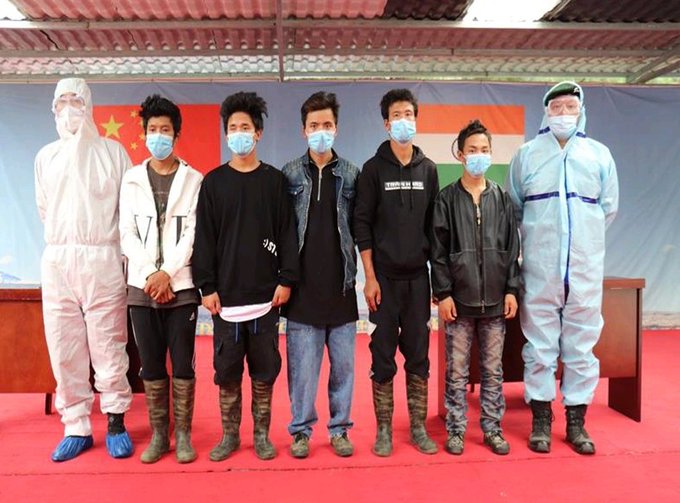 The Indian Army received the youths in Kibithu, in Anjaw district, after completing all the formalities. The youths will now be quarantined for 14 days as per the Covid-19 protocol, and will thereafter be handed over to their families, informed Defence PRO Lt Col Harsh Wardhan Pande.

Relatives of the five youths expressed great joy on receiving the news of the youths’ return, and expressed their heartfelt gratitude to all the well-wishers for their moral support.

Speaking to this daily, Dadu Pading, a relative of three among the five youths, said that it was because of the tireless efforts of the Indian Army and well-wishers that the youths have returned safely.

On behalf of the families, he extended gratitude to the media “for constantly flashing the news and awaking the government to speed up the expedition.”

He also thanked the Tagin Cultural Society, Tourism Minister Nakap Nalo, student bodies, NGOs and CBOs “whose works were unseen in the media but had rigorously put their efforts and moral support from which they could stand with their ‘will’ in the hours of sorrow.”