ITANAGAR, Sep 17: The state recorded 159 fresh cases of Covid-19 on Thursday while 180 people were discharged on the day.

West Kameng reported 11 cases, eight of whom are military personnel reported from the military hospital in Dahung, while the three others are primary contacts of a positive case detected earlier at the Bhalukpong CCC.

Lower Subansiri reported six cases among primary contacts while four other cases were reported from the flu clinic at Gyati Takka General Hospital in Hapoli. (See full list in P-5.)

Meanwhile, 38 people each were discharged in the ICR and West Kameng. On Thursday, 1,905 samples were collected. The state has recorded 13 deaths and 4,967 recoveries. The number of active cases is 1,871. 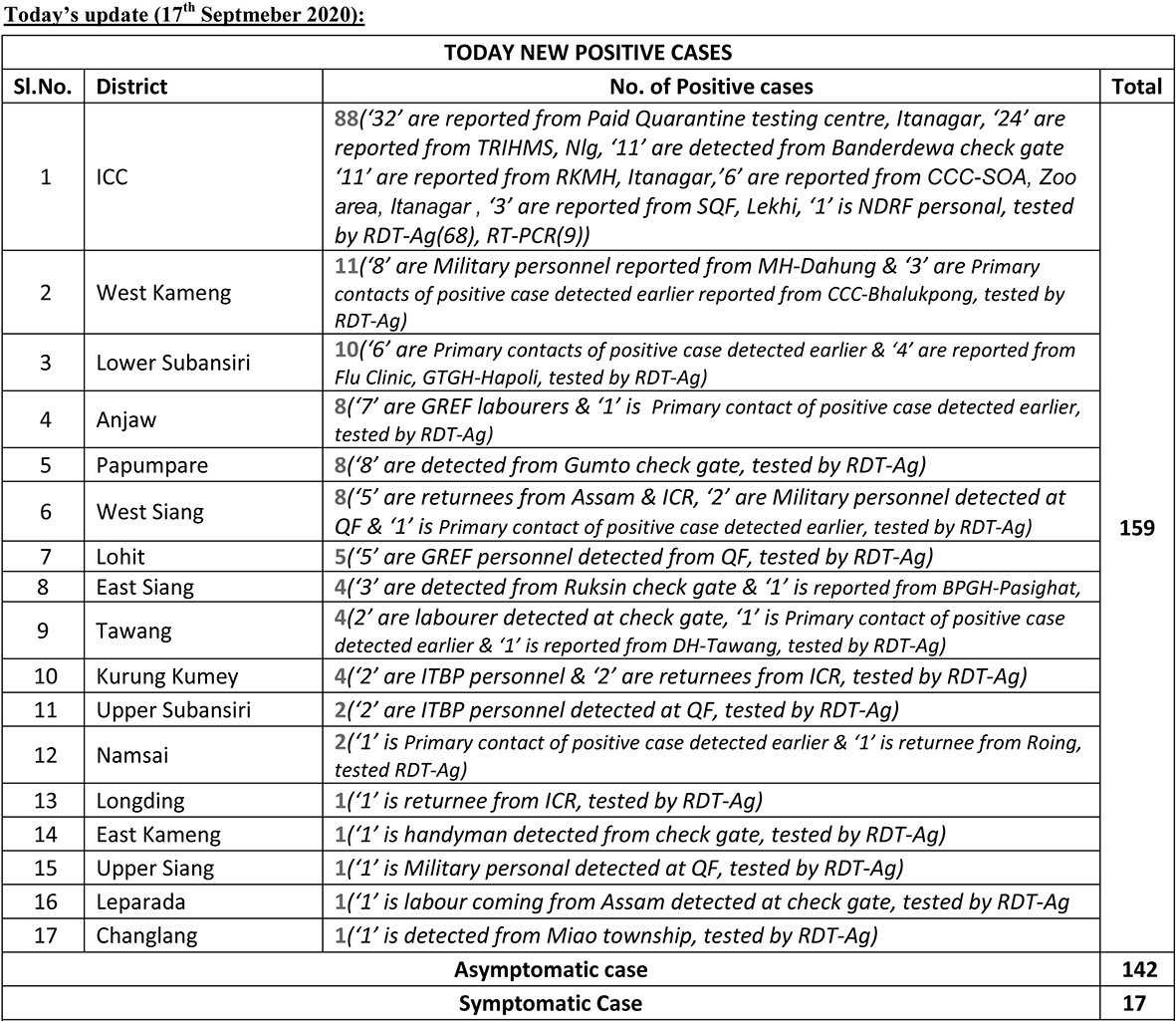