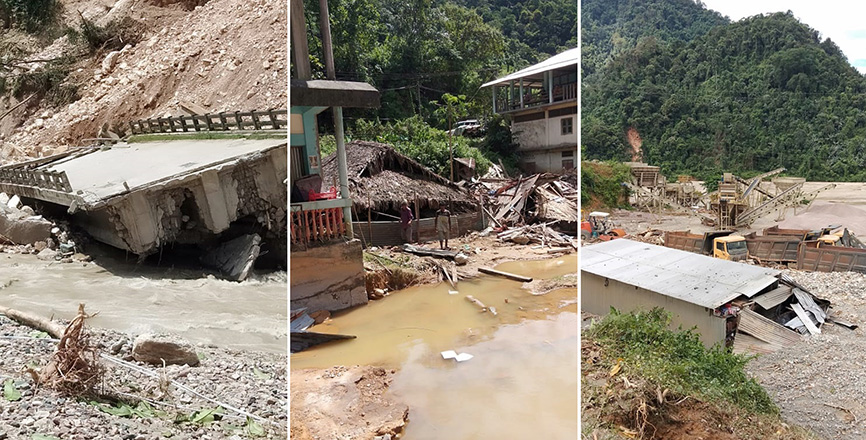 ITANAGAR, Sep 19: Landslides and flashfloods caused massive damages to properties in Ego and its surrounding areas in Leparada district on Thursday.

Leparada SP Pem Norbu Thongdok on Saturday informed that he along with DC Duly Kamduk monitored the clearance of around 20 block points and “made the road through till 18 kms from Basar.”

“As per reports, there are over 50 to 60 small and large blockages till Ego area. Machineries of the construction company have been pressed into service for clearing the blockages,” the SP informed, adding that there has been massive damage to WRC fields in the neighbouring villages also.

Reportedly, the Ego river has changed its course after the flashflood.

Meanwhile, the affected families have been provided relief by the district administration.

The SP stated that a team of police and magistrates which had been dispatched early in the morning reached the site and, based on their reports, it has been clarified that the body of one Bato Doye (42) is yet to be retrieved.

Earlier, official reports had erroneously claimed that his body had been retrieved from the Ego river on Thursday.

The body of the other victim, Purno Bahadur Thapa (70) was recovered soon after the flood occured.