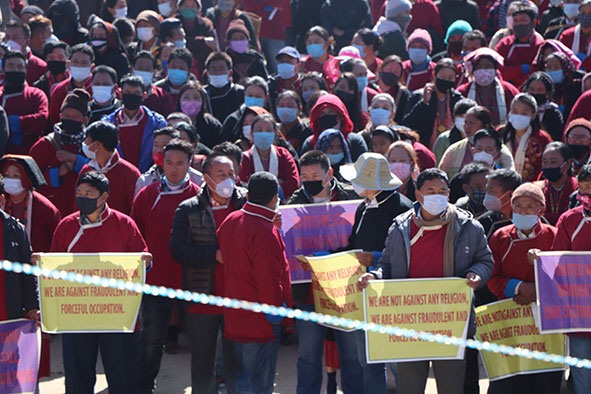 The rally was joined by villagers, gaon burahs, and public from almost all the villages of the district, showing their resentment on all the illegal encroachments of government lands.

with a hope for better development and security of the area, but illegal construction of buildings on this land is not acceptable to us.”

JAC chairman Namgey Tsering said that “the district administration has demolished a house constructed on an illegally occupied government land by a local, and have even stopped construction of a Mani, but many more illegal constructions are still going on.”

“We have obtained proper permission to conduct this peace rally and shall obey the rules framed by the government but the government should also listen to our grievances,” he added. (DIPRO)