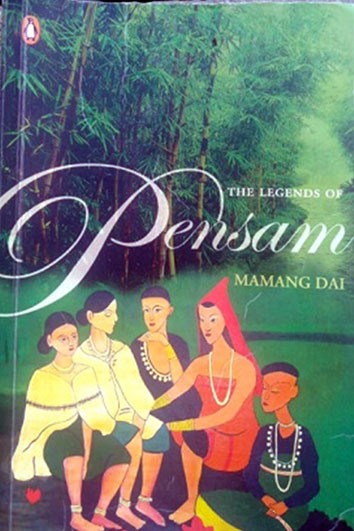 The Legends of Pensam

The Legends of Pensam

Shakespeare’s remark, “Frailty, thy name is woman!” truly represents the notion that society holds against women. In general, a woman is often seen as a synonym of inferiority. But Dai through her novel The Legends of Pensam breaks down this stereotype associated with the image of women. Being a deep empathizer of women’s sensibility, she explores the wounded shores of women’s psyche in a patriarchal society and presents the authentic picture of their experience.

“We knew, in these villages, that the men slept peacefully with no blame to touch them… despite everything, women always prayed: Let no harm come to our men.” The book throws light on subjugation and emotional abuse of women in the tribal community when she writes, “To be happy, a woman has to be born lucky.”

Nenam, who chooses her land over love, Pinyar, the widow who sacrifices her comfort for her son who never cared for her, Sirsiri of Gurdum surviving an incompatible marriage, Dumi a devoted and sincere wife deceived by her husband at old age, Mona, a working mother, struggles with her aspiration and responsibility. The endurance of women’s characters built upon the real traits compels the reader to ponder if women are really to be called fragile?

Written in lyrical prose, The Legends of Pensam tells a generational tale of Hoxo of Duyang. Set in the territory of the Adis, the narration oscillates between the historical era of the Komsing incident of 1911 to the era when rural Arunachal was emerging from darkness of illiteracy and old ways of tradition.

The oeuvre is an amalgamation of interlinked short stories that is dissevered into four parts: ‘A Diary of the World’, ‘Songs of the Rhapsodist’, ‘Daughters of the Village’ and ‘A Matter of Time’. Each part hinges upon the theme of fray and mend between man and nature, and man and woman. In this poetic voyage, the memories of past are evoked in the form of myths and legends, and the tussle of tradition and modernization is told and pangs of unfortunate lovers are sung.

Mona, an editor of a magazine, with the help of her friend, an unnamed narrator, arrives in the unheard land of Adis in search of story. Her quest stirs the yarn of stories of unnatural events and terrible visions. Dai recounts the myth and legends of hunting accidents, Biribik – the water serpent, the travelling vessel, tale of rain goddess and their influence upon the lives of those who believe in them. The book imbibes the tribal philosophy that leads the humanity forward and gives an identity to animistic faith of the aborigines of Arunachal Pradesh.

A poet-turned-novelist, Dai is an apostle of literature in Arunachal Pradesh. The Legends of Pensam, published in 2006, is her debut work in the genre of novel. The author with her assured hand diligently reconstructs the oral narratives into a fiction and transports the reader to the land of Pensam where “anything can happen… and everything can be lived.”  The book is fondly written and well knit. The poetic language adds to the beauty of the work. All these vibrant elements make the book a relevant reading. (Yater Nyokir is a member of the Arunachal Pradesh Literary Society)