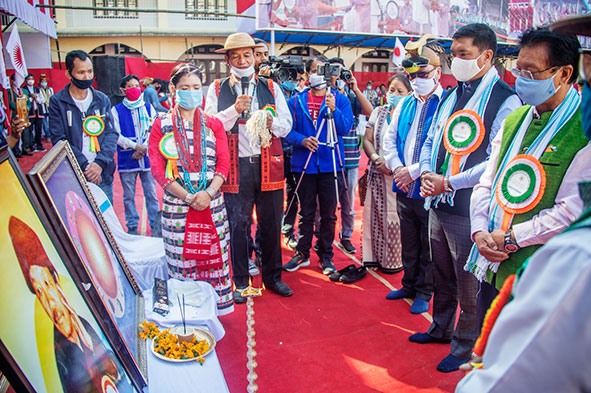 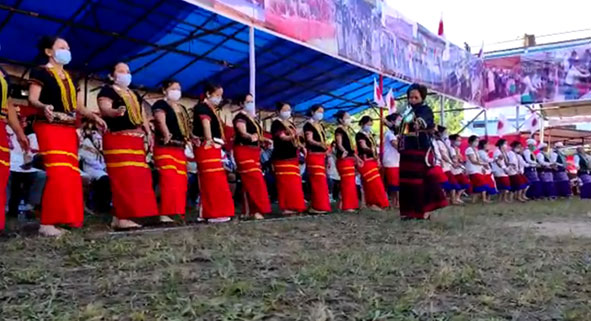 ITANAGAR, Dec 1: “Religion is a very personal choice and if there are concerns regarding dissolution of the indigenous culture and tradition, we must hold discussions on ways to preserve them,” said Chief Minister Pema Khandu.

Speaking on the occasion of the Indigenous Faith Day celebration at the indigenous affairs department’s premises here on Tuesday morning, Khandu asserted that India is a democratic and secular country where every religion and faith is equal.

He observed that during the NEFA days, all tribes and communities followed and practiced their respective indigenous faiths, which, pushed by modernity and democratic process, changed with time.

“Today we have our own people following different faiths, which is quite natural. What we should never forget is that we are all from the same origin. So let’s respect each other and focus on peace, harmony and development of our state,” he said.

“If any of our languages dies, the connection to our cultural identity will die,” he said.

The chief minister commended the efforts of a few community-based organizations for conducting folklore/folksong competitions on social media platforms during the lengthy lockdown periods.

He also lauded the Indigenous Faith & Cultural Society of Arunachal Pradesh (IFCSAP) for continuously putting in efforts through its various tribe-based branches to promote, preserve and propagate indigenous faiths and cultural traditions.

Assuring of support to the society, Khandu informed that the indigenous affairs department, established in 2017 for preservation and promotion of the indigenous culture of the state, will henceforth have an advisory council, replacing the present posts of the chairman and vice chairman.

He said “members will be appointed to the advisory council on a rotation basis from each community of the state, who will in coordination with departmental officials chalk out plans and policies to guide the concerned minister.”

Referring to Article 371 (H) of the constitution, the chief minister said that feedbacks from community-based organizations have been received and he will be calling on the prime minister soon to discuss it.

Khandu observed that, as people were not educated and well aware of their tribal rights vis-à-vis the constitutional provisions when Arunachal was conferred statehood in 1987, constitutional protection of tribal rights in the state missed the bus. He expressed optimism that the central government under Narendra Modi would understand the issue and resolve it for the indigenous tribes of the state.

Also attending the celebration, Indigenous Affairs Minister Taba Tedir commended “the judicious use of funds in the ongoing works for the betterment of indigenous faiths and tribes in various district headquarters.”

Tedir said that the local priest institutions are being supported well by the department, and that the National Education Policy 2020 would focus on teaching nursery and pre-primary children their native languages.

Earlier, IFCSAP president Tajom Tasung said that everyone should work together to preserve their traditions, “or we are going to go extinct.”

He also appealed to the chief minister to implement the Arunachal Pradesh Freedom of Religion Act, 1978, and to bring back the religion column in ST certificates.

The Indigenous Faith Day was earlier celebrated on 31 December every year, under the aegis of the IFCSAP. However, as 1 December happens to be the birth anniversary of Golgi Bote Talom Rukbo, who is regarded as the father of the indigenous faith movement, the day is celebrated on this day since 2013.

Indigenous Faith Day was also celebrated in other parts of the state in a befitting manner on Tuesday.

Addressing the participants, North East Frontier Technical University vice chancellor Dr Tejum Padu explained the meaning of Donyi-Poloism and said it is a religion that is followed in many countries.

Dr Padu said “everyone has to preach and promote the verses of Ane Donyi, so that the goodness of the indigenous religion can be spread.”

NIFCS Youth Wing president Gyamar Kharmey said that “the responsibility of preservation and promotion of own language, culture and identity lies on younger generation.” Conversion is one’s right and choice but mocking the indigenous religion cannot be tolerated, he said.

East Kameng IFCSAP president Khya Sonam said everyone should feel proud of their indigenous religion and culture “where our roots are connected.”

In Tawang, representatives of various NGOs, associations and student bodies celebrated the day at Zomkhang hall there.

He urged the participants to “shoulder the responsibility to safeguard and preserve the rich traditional and cultural heritage of Monyul.”

VKV Principal Ashis Chatterjee highlighted the importance of the day and stressed the need to promote the indigenous culture, heritage and values. (With inputs from CM’s PR Cell)