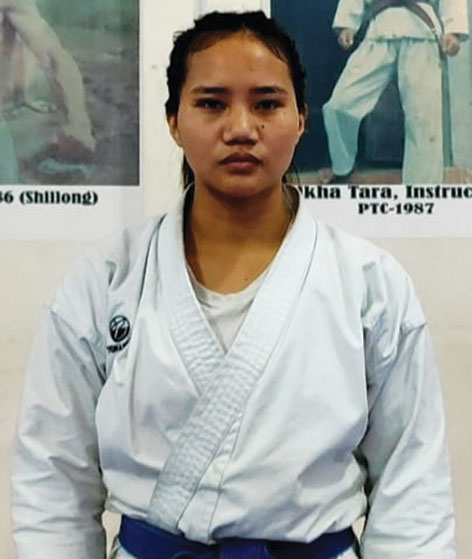 ITANAGAR, 26 Dec: Mesom Singhi of Arunachal won the gold medal in the Senior National E-Kata Championship, which was conducted by the Karate Association of India (KAI) recently.

Singhi is the first player from Arunachal to win a gold medal in the kata event in the senior category.

Another participant from the state, Abab Sangdo, lost his bout in the 5th round of the kata competition.

Singhi and Sangdo were selected for the championship based on their gold medal-winning performances in the 3rd State Olympic Games held here in Chimpu.

She (Singhi) had won a gold medal in the below 61 kg individual kumite (fight) in the 9th Commonwealth Karate Championship, which was held in Durban, South Africa, in 2018.