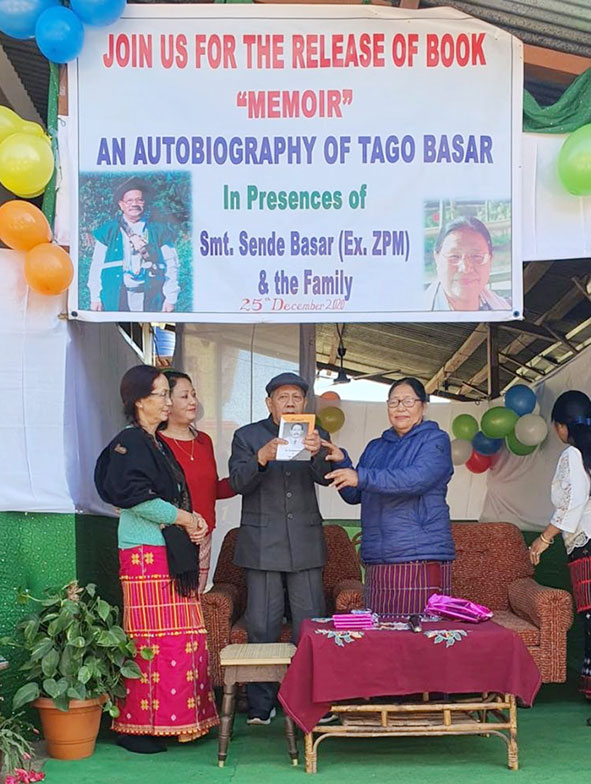 BASAR, 27 Dec: A book titled Memoir – An Autobiography of Tago Basar was released on Christmas day in the presence of ex-ZPM Sende Basar here in Leparada district.

The author is a retired director of the agriculture department. He is the first graduate in agriculture from the Galo society. He is also the first Galo officer to have been promoted to the post of agriculture director. He had joined service as director in January 2004 and retired in November 2010.

The autobiography narrates how a small child from Nyigam village came out winning against all odds and achieved success.

The book also reflects the education system during the NEFA days and gives a glimpse into the government’s concern with regard to the tribal students of Arunachal.

This is the author’s second book.