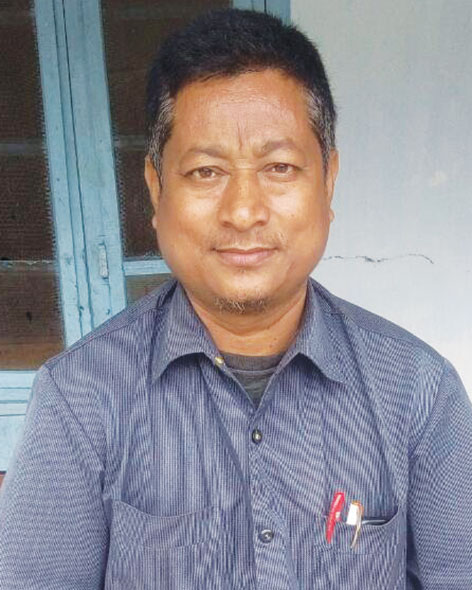 ITANAGAR, 28 Dec: The media community of the state has deeply mourned the demise of Taniyang Ningee, elder brother of comrade Taggu Ningee, who works at the Echo of Arunachal daily.

Taniyang (51) suffered a pressure stroke and was immediately taken to NIBA Hospital, Naharlagun, in a serious condition on Sunday. He breathed his last on his way to Guwahati on the same day.

The state’s media community extended heartfelt condolences to the bereaved family and prayed for eternal peace of the departed soul.

Late Taniyang was serving as section officer at Rajiv Gandhi University (RGU), Rono Hills, and is survived by his wife, four sons and one daughter.

He had joined RGU (then called Arunachal University) as an LDC in 1993, and had been promoted as UDC in 1997, and was again promoted as section officer in 2011.

In a condolence meeting, the university placed on record the valuable services rendered by Taniyang in various capacities at the RGU.

The deans of faculties, directors/heads of departments/institutes, coordinators, statutory officers, teachers, other officers, and non-teaching employees of the university observed a two-minute silence as a mark of respect to the departed soul.

The university remained closed for the rest of the day.

The All Nyishi Youth Association (ANYA) has also expressed shock over the untimely demise of Taniyang Ningee.

In a statement, ANYA general secretary Bengia Tada termed his death a colossal loss to the Nyishi society.

“We have lost one fine gentleman and true officer of the community. On behalf of the community, the ANYA conveys condolences to the family and prays for eternal peace of the departed soul,” Tada said.