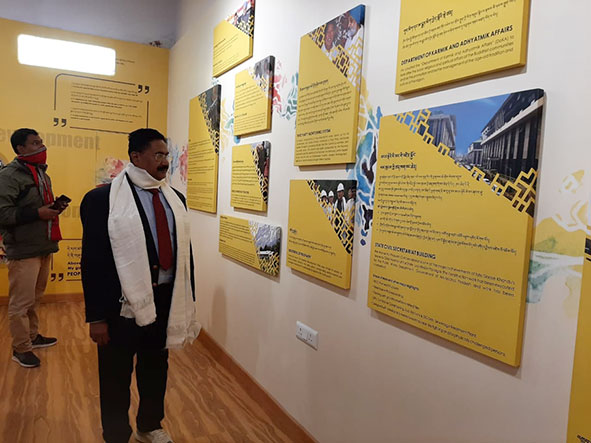 Prof Kushwaha and his wife Dr Vaishali Kushwaha were later given a guided tour of the museum, which houses two galleries on the life and achievements of late Khandu and one on the VI Dalai Lama Tsangyang Gyatso, who was born in Tawang.

visit NRC, Dirang and the Government College at Tawang.

Expressing his happiness at having visited the memorial and the museum, Prof Kushwaha shared that words were not enough to express his deep feelings.

Paying tribute to the life and work of late Khandu he said, “People always live in our hearts forever and it is their contributions which stay on.”

It may be noted that the DKMM, which was established by the Dorjee Khandu Foundation was consecrated by His Holiness XIV Dalai Lama during his visit to Tawang in April, 2017 and has been visited by over 12,000 visitors comprising of foreign and domestic tourists, locals and has also hosted visits by dignitaries.