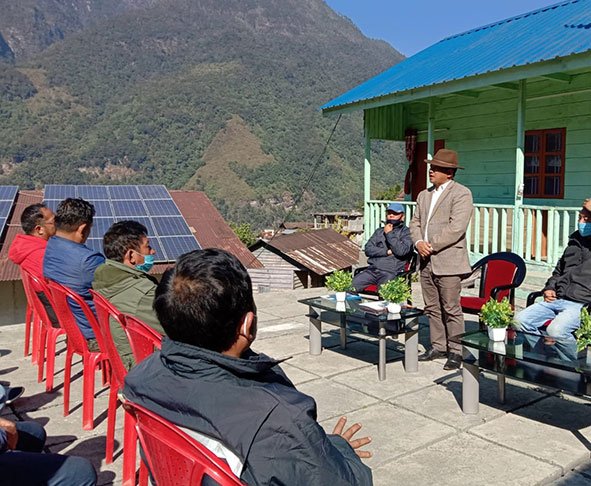 AALO, 30 Dec: Shi Yomi Deputy Commissioner Mito Dirchi informed that measurement of proposed land for establishing district headquarters at Tato (measuring 283 hectares) was over and that preliminary draft notification would be ready and sent to the government by 20 January, 2021.

He informed this during a meeting here on Wednesday with staffers of the land records department, senior citizens of Tato area and all members of the land advisory committee.

The land advisory committee was earlier formed for facilitating and assisting the district administration in acquisition of land at Tato for establishment of district headquarters.

While assuring all the participants, the DC stated that “though the office of the deputy commissioner would run partly from Mechukha for obvious reasons for some time, the newly constructed DC’s office at Tato would also be made functional by end of the February 2021.”

During the meeting, the district administration also interacted with the prominent personalities of Tato area and took note of the various grievances raised by them for redressal. (DIPRO)