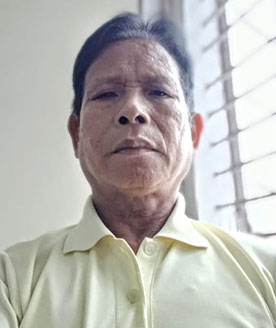 PASIGHAT, 29 Jan: Hinggeng Tari, who was serving as the superintendent in the PCCF office, Itanagar, died at a hospital in Dibrugarh, Assam, due to renal failure on 28 January.

He was 57, and is survived by his wife, six daughters and one son.

Tari had joined the forest department in 1983 and had served in various capacities.

Death, Pasighat East MLA Kaling Moyong in a condolence message on Friday stated, “Higgeng was very sincere and dedicated person and had made numerous efforts to work towards the progress of the state. My deepest condolences to the whole family and prayers to god to bestow enough strength to them to bear the irreparable loss.” (DIPRO)