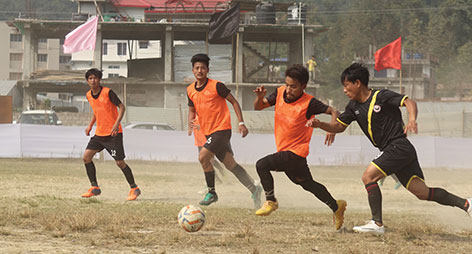 ITANAGAR, 18 Feb: Birup FC and Richi FC defeated their respective opponents to clinch victories on the 4th day of the Silver Jubilee Nyokum Yullo Football Tournament played at Jollang near here on Thursday.

Birup FC came from one goal behind to beat Daath FC 3-1, while Richi FC scored a hard-fought 3-2 win over Daami Hapa FC in the second match.

Linko Niya put his team Daath FC ahead, scoring in the 27th minutes. Rigio Tapu restored the parity in the same half.

Tapu scored two more goals for his team Birup FC in the 40th and 56th minutes of the clinch the victory.

For Richi FC, Biri Chatey scored in the 9th and 12th minutes and Tai Batak in the 39th minutes. .

Biki Doyom and Taba Sel scored a goal each for Daami Hapa FC in the 44th and 51st minutes respectively.