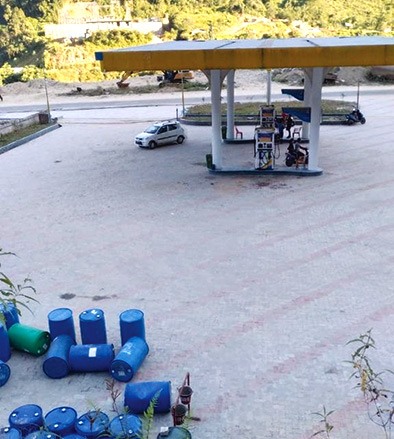 SEPPA, 28 Feb: A weeklong deadlock with oil tanker workers, which had created a major fuel crisis in East Kameng HQ Seppa, was reportedly resolved on Sunday evening, following the intervention of the district administration and the police.

The oil tanker workers under the aegis of the Assam Petroleum Mazdoor Union (APMU) and the Indian Oil Corporation Limited (IOCL) had resorted to protest over the physical assault on oil tanker driver Kartik Tanti (50) at Bana in East Kameng on the night of 22 February, which resulted in an unprecedented fuel crisis in Seppa township.

The APMU and the IOCL have been demanding early arrest of the culprits.

East Kameng SP Sumit Kumar Jha informed The Arunachal Times that the deadlock has been resolved and the tankers have started from Missamari, Assam, and would be reaching Seppa by night.

“It’s solved now. Tankers have started from Missamari. They will reach by night,” said the SP.

It was reported that six miscreants stopped an Indian Oil tanker at the new bridge construction site in Bana at around 10.30 pm, looted all cash and mobile phones, and beat up the driver till he fell unconscious.

Jha further informed that he along with the deputy commissioner visited the place of occurrence in Bana and interacted with the local residents about the suspects. He expressed hope that within a week progress would be made to nab the culprits responsible for the assault.

Sources in Seppa informed that the deadlock was resolved on the condition that the district police would arrest the culprits at the earliest.