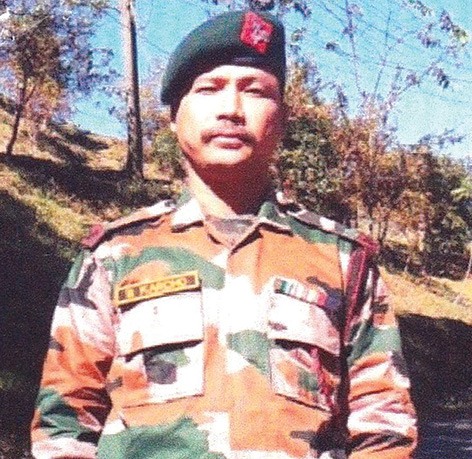 AALO, 3 Mar: The family members of Rifleman Rangnya Karcho have sought the intervention of the central Home department and of the government of Arunachal Pradesh in tracing his whereabouts.

Rangnya, a rifleman in the 34th Assam Rifles, stationed in Maram headquarters under Senapati district of Manipur, has been missing since 22 November, 2020 and his whereabouts are still unknown despite all-out efforts of the family here in Aalo, West Siang district of Arunachal Pradesh.

Even after the passing of over 100 days of receiving the telephonic information, the family members are yet to get a formal report or status of Rangnya’s whereabouts.

The family members here are reportedly disturbed and agonized since they received the verbal information from NK/Sub Havildar BN Prasad about the missing status of Rangnya.

The family had filed an FIR at the police station in Aalo after receiving information from the CO of 34th Assam Rifles headquarters authorities.

The family reported that they met the 34th Assam Rifles HQ- Aina Lt Col officer-in-charge on 6 February as the CO was not available.

Later, the officer-in-charge informed that they did their best to trace him at different probable locations, like Maram, Tadubi, Makhan, Senapati, Mao Gate (Nagaland & Manipur Border) areas for seven days from 9 to 15 February, but were unable to trace him despite their rigorous searches.

The search team of the family have submitted the records/ details of Rangnya and his wife Rebi Karcho to the OC of Mao police station in Manipur and returned to Aalo recently. (DIPRO)