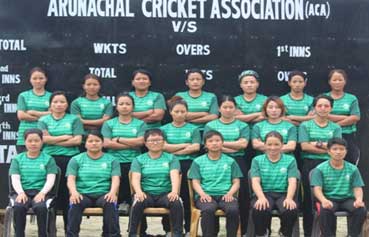 ITANAGAR, 4 Mar: The Arunachal Cricket Association’s (ACA) senior women’s team left for Bangalore on Thursday morning to participate in the BCCI’s one-day league, which will be played from 11 March to 21 March.