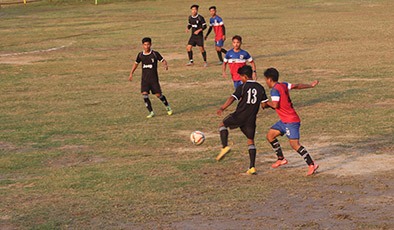 MIAO, 3 Apr: The first ever Winter Cup Football Tournament started at the general ground here in Changlang district on Saturday. The tournament is being organized by the Miao Singpho Ramma Hpung, the youth wing of the United Miao Mission.

Twenty-five teams from different parts of eastern Arunachal and Tinsukia district of Assam are participating in the 20-day knockout championship. The final will be played on 23 April.

Addressing the players, organizers and football lovers, Changlang ZPC Jowkhong Singpho urged the players to exhibit sportsmen’s spirit by abiding by the rules and regulations of the game. He expressed hope that the tourney would attract more spectators “through fair games and worthy management.”