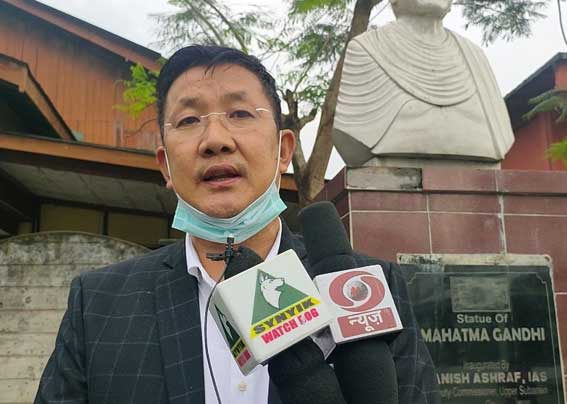 DAPORIJO, 17 Apr: Tourism Minister Nakap Nalo, along with Dumporijo MLA Rode Bui, Daporijo MLA Taniya Soki, HoDs and ZPMs of Upper Subansiri district in a coordination meeting on Friday pledged to protect the wildlife in the district and put a blanket ban on the sale of wild meat in the markets.

Strict action will be initiated against illegal poachers, they decided.

During the meeting, discussions were held on various prevailing issues in the district. Deputy Commissioner Mika Nyori spoke about rampant land encroachment, destruction of government quarters by the public, the drug menace in the district, construction of highway, and other issues.

Nalo said that “the government is very much concerned for the common welfare of the society as whole. So, there should be coordination among HoDs, PRI leaders and legislators to grow the district and the state.”

He said that protecting government land and initiating action for the welfare of the public would be taken up on priority. He also said that official proceedings are underway to deal strictly against encroachers on government land.

“The public should be aware of the drug menace in the society and take care of the children. The need for protection of wildlife, especially protection of birds in the state, is most necessary,” he said, adding that the airgun surrender campaign is also underway in the state.

“No development should be biased on the basis of area and community. Officers should be present at their posting places and render their selfless services for the society,” he said, and also stressed the need for forming a local committee to monitor the ongoing projects in the area.