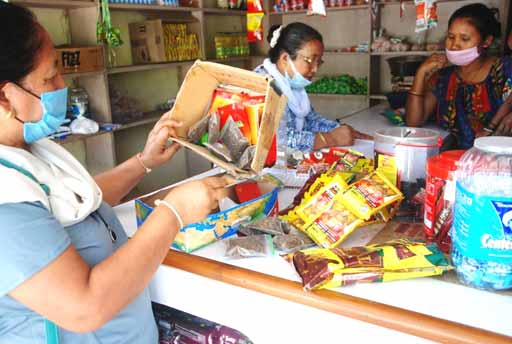 The fines, of Rs 200 each, were imposed during a raid conducted by a flying squad led by Magistrate Koj Yabyang, accompanied by members of NGO Mother’s Vision, officers, police personnel and field officials near the government higher secondary school and the RK Mission School here.

This is the second raid carried out by the team at ‘vulnerable locations’. The seized products will be assessed by the committee and disposed of by burning. (DIPRO)