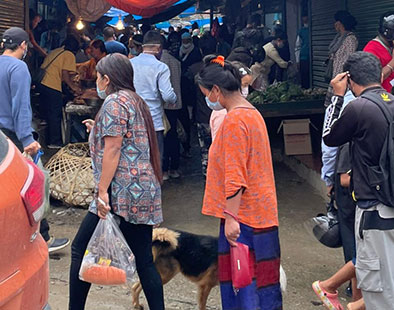 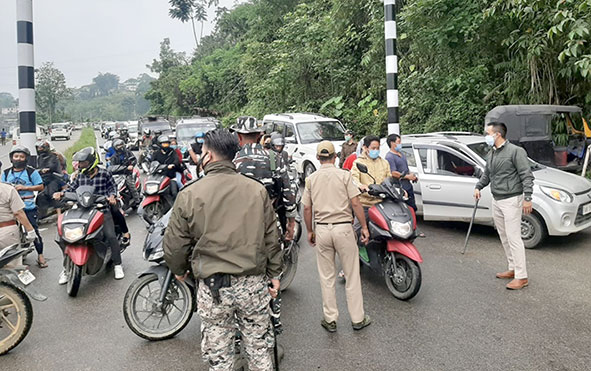 ITANAGAR, 17 May: The Itanagar capital region (ICR) witnessed massive gatherings in the markets and major traffic jams on the first day of the extended lockdown on 17 May.

and the restrictions issued for the rest of the state by the principal health secretary on the same day likely led to confusion among the citizens.

On 15 May, the ICR administration had issued an order allowing shops in residential areas to operate on a rotation basis after identification by officials from Monday onwards.

However, the instructions “were misconstrued and taken advantage of,” as some officials pointed out.

A few officials on duty said they were initially allowing colony shopkeepers to move, so that they could take their goods and open their shops.

“We were only allowing small shopkeepers and those who were going for vaccination to move along the highway, but too many vehicles started coming out and it soon got out of control. We tried explaining to several of them, but there is no sense of responsibility among the public,” an official said.

While only small shops in residential areas were allowed to open after identification, many vendors opened their shops in the main market, as well, which pulled in large crowds of people.