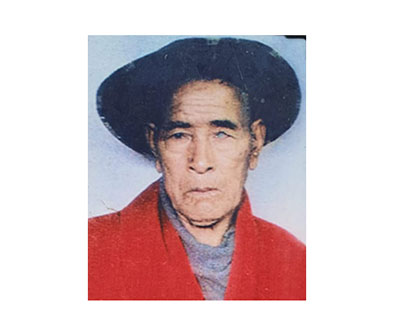 PASIGHAT, 18 Jun: Talem Muang, the gaon burah of Tarak village in Pangin circle of Siang district, passed away in his native village Tarak on 16 June, following a prolonged illness. He was 85.

Muang was an orator and a social worker who worked for his people and later served the village as GB.

“His sudden demise was mourned by the villagers, and they observed a two-minute silence at his grave as a mark of respect,” informed Tado Muang, the fourth son of late Muang.

Late Muang is survived by his wife, four sons, and a daughter.