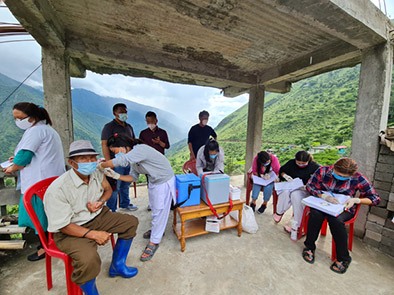 Ten villagers, including five pregnant mothers, and five senior citizens, who had earlier refused to take the Covid vaccine, were convinced by the ADC, ZPM and DRCHO to take the vaccine.

The mop-up team was led by the Lungla ADC, and comprised of the Lungla ZPM, Tawang DRCHO Dr Rinchin Neema, Tawang DIPRO and health workers from the Lungla community health centre. (DIPRO)