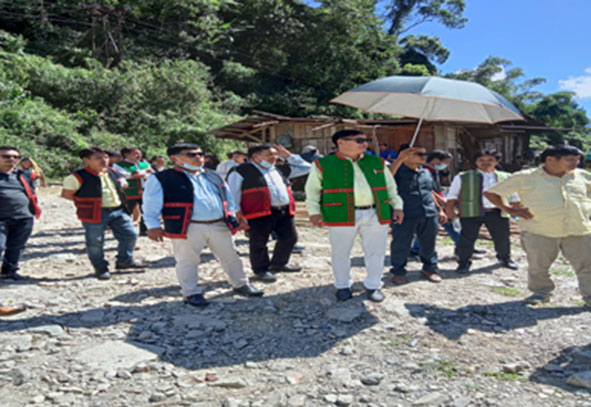 BOLENG, 20 Sep: Rumgong MLA Talem Taboh, accompanied by ZPM Tahan Mibang and public leaders of the area on Monday visited the flood affected areas in Subbung and assured the villagers that the Bailey bridge over Subbung and the Subbung Hydroelectric Plant will be restored soon.

Taboh gave the assurance when the community members of the nearby villages urged him for early restoration of the bridge and the hydel plant.

The villagers constructed a hanging bridge over the Subbung river after a flash flood washed away the bridge on 26 August.

Taboh provided some financial assistance and rice to the villagers as a token of appreciation. (DIPRO)